Mining: Expanding my Repertoire as a Merchant

I plan to look at a second ship purchase to expand my repertoire as a merchant. I’ll be looking at freighters for cargo runs specifically. I may kit it out with a refinery and mining lasers, try my hand at mining too.
CMDR Chas McCarter

On the hunt for a new cargo vessel, I travelled just a few jumps away to Qureshi Orbital in the LHS 380 system, who had 15 different ships available to purchase from their shipyard. Looking for a budget freighter, I opted for a Type-6 Transporter, costing 1,045,945 CR. I’ve named her, Percheron.

The Percheron is a breed of draft horse. Usually grey or black in colour, Percheron’s are well muscled, and known for their intelligence and willingness to work.
Wikipedia

With the Type-6 I’ve increased my cargo capacity from 36 (50 max) to 100. I could have maxed that out at 120 but I opted to install a refinery, docking computer and shields. I’ve got my eye on a Keelback (3M CR approx.) longer term. It’s based on the Type-6 model but has slightly less cargo capacity to make room for superior hardpoints and a better power plant. That’s the downside of the Type-6, with just two small hardpoints you’re very limited in the weaponry department, especially if you want a couple of mining lasers as part of your setup like I do. 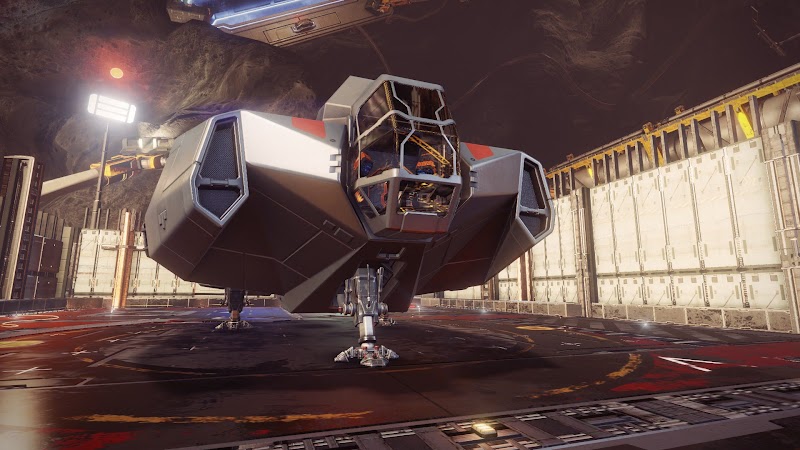 With my new ship purchased and a full load of Bertrandite in the hold, I headed back to Lone Rock before scouting some of the local belts in the Othime system, on the lookout for nearby mining opportunities. I recorded my first attempt at mining below:

My second mining trip took me to the Caelinus A Belt Cluster in the Caelinus system, with a G white-yellow star for a backdrop, I had some truly stunning views while I worked. That location’s been bookmarked for future mining expeditions. 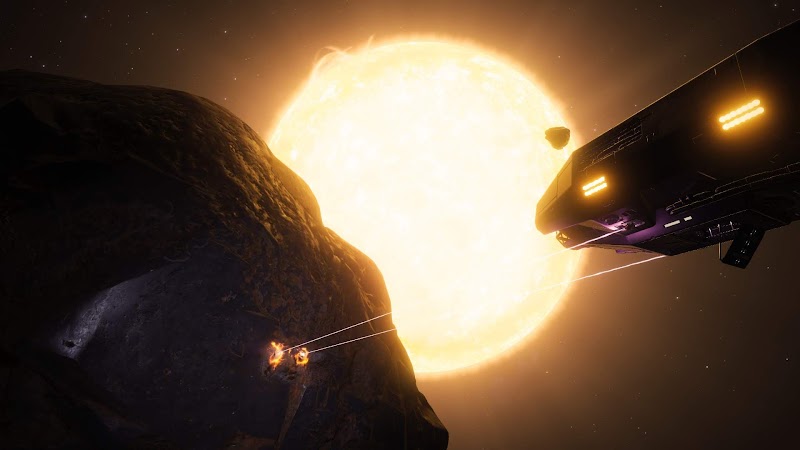 Mixing a few mining trips with some cargo runs, I’ve now established a good reputation with the Othime Jet Dragons, mainly out of Lone Rock. That’s a first for me – I hadn’t exceeding a cordial reputation with any faction until now. Since Lone Rock is controlled by the Noblemen of Quilmes faction (Allegiance: Independent, Government: Feudal), it makes sense to try to get a better reputation with them too. Either that or help the Othime Jet Dragons (Allegiance: Independent, Government: Anarchy) vie for control of the system. Hmmm… I need to see how that will affect my own operations in this sector.

Now that I’ve mastered the basics of mining I need to make it less time consuming and more profitable, by finding a good mining location and installing, and learning how to use, collector limpets.

I need to seriously consider the economics of the Othime system if I’m to continue treating this as my home system. Who controls Lone Rock and the region of space will impact on the types of missions available to me, criminal laws, who to ally in combat zones, as well as the bigger galactic picture (powerplay). Do I want to continue helping the Othime Jet Dragons take control of the system?