I need to make mining less time consuming and more profitable, by finding a good mining location and installing, and learning how to use, collector limpets.

I need to seriously consider the economics of the Othime system if I’m to continue treating this as my home system.
CMDR Chas McCarter 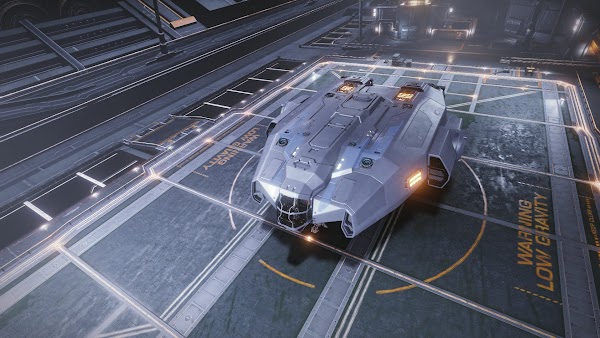 Since the last entry I’ve purchased a Keelback (freighter) and kitted it out for cargo runs and mining. With no need for two freighters I traded in my Type-6 to help fund the purchase. The Keelback’s based on the same model as the Type-6 but offers a few extras, such as additional hardpoints. I really liked the name of my old Type-6 Transporter (Percheron), so I’ve transferred that title over to the Keelback. She’s aptly called – Percheron II.

The new purchase led me onto a little scouting operation; searching nearby systems for high profit mining locations. Lock destination: HR 8514. This system is rich with opportunities: high metal content worlds, pristine metallic rings, gas giants, a large starport (Hennen Station) and a couple of other orbital stations, a planetary outpost and resource extraction sites. It’s also got a fairly large activity of pirates, which created a new problem (or opportunity – depending on how you see things).

As part of a new strategy, I’ve transferred the Grey Panther (my Viper MkIV) to Hennon Station and kitted it out as a fast-deployment assault fighter. It has improved speed and shields over the Keelback, and is much cheaper insurance-wise. As a second ship/role, it should help me to cull the local influx of pirates. With multiple ships out of Hennon Station at my disposal, I’m now able to quickly switch between specialist roles:

Now using Hennen Station as my main base of operations, I’ll soon be in the good books of Eureka Mining Co-Operative, the controlling faction. A few bounty runs to help protect their mining ships in the local rings and belts should see to that.

With a new element of pirate activity to contend with in the HR 8514 system, this is the ideal opportunity to improve my combat rank and collect on some bounties. Doing so should improve my relations with the Eureka Mining Co-Operative.

I’ll need to tweak my Viper to get the right balance between weapons and protection, keeping energy consumption relatively low to yield effective firepower and shielding.

Assuming my new mining and bounty hunting operations go well, I can begin saving up for a higher calibre fighter or freighter, depending on which I have a greater need for.