Primarily a merchant/trader, CMDR McCarter spends much of his time space trucking around the galaxy. He’s a reliable trader but he’s definitely in it for the money. He values truth, justice and discipline. 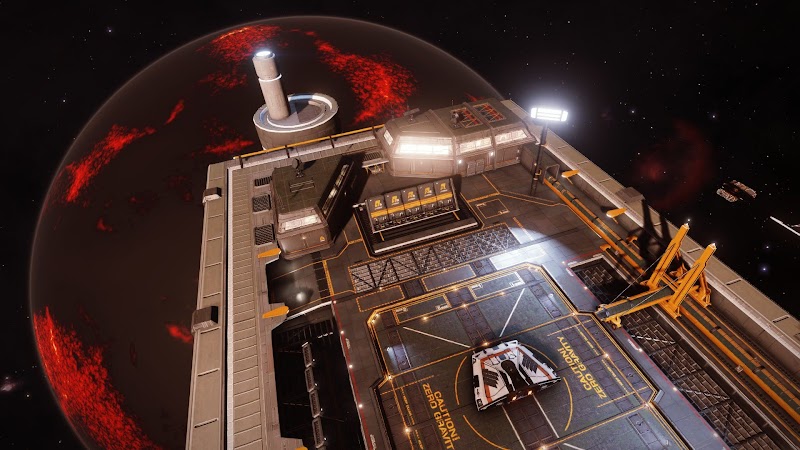 Commander McCarter during a simple courier mission in a loaned Sidewinder

I’ve got a load of heatseekers locked and loaded, yano, for dealing with those pesky pirates.
CMDR McCarter

As a chaotic good character Chas’ conscience directs his decisions. He has little regard for what others expect or think of him. He makes his own way in life and looks after number one. He enjoys working alone, most of the time. He believes he’s a ‘good person’ with morals but has little use for laws and regulations. He abides by the law most of the time but could be convinced to smuggle cargo for the right price. He follows his own moral compass, which although good, may not agree with general society.

He despises people/factions that try to intimidate and control others, which could lead him to become a Freedom Fighter in the future. He’ll fight for a cause if he feels there’s a major injustice in the world.

Chas loves his ships and is a pretty handy mechanic. He takes good care of them and will happily tweak things for that extra gain. He likes ships that offer a good balance between cargo space, maneuverability and jump distance, with the ability to make a quick escape. He often boasts about carrying a payload of heat-seeking missiles, “yano, for dealing with those pesky pirates”, and won’t think twice about defending himself when cornered.

His biggest aspiration is to become an Elite Merchant. In his spare time Chas enjoys travelling to stunning locations and exploring the galaxy, if he can combine that with a profitable cargo run then all the better. Don’t be surprised if you see him snapping his camera as he burns his way around a glowing hot sun!