With a new element of pirate activity to contend with in the HR 8514 system, this is the ideal opportunity to improve my combat rank and collect on some bounties. Doing so should improve my relations with the Eureka Mining Co-Operative. I’ll need to tweak my Viper to get the right balance between weapons and protection, keeping energy consumption relatively low to yield effective firepower and shielding.
CMDR Chas McCarter

On the ship front, I’ve traded in the Keelback for an Asp Explorer. It still works as a very capable little mining vessel but I’ve also increased my maximum cargo capacity and got a decent exploration vessel as part of the collection now. 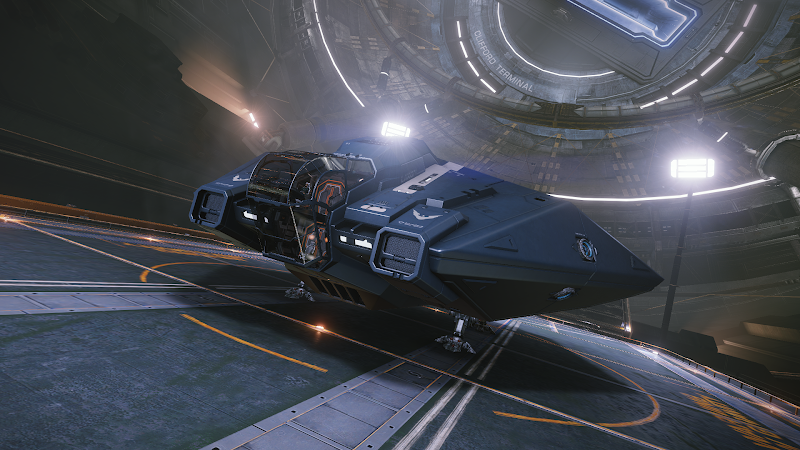 It’s been a great period for me in terms of building up rank. As well as making Broker and Trailblazer I’ve ran missions for the Federal and Imperial Navys, to the point where I’ve now been issued a permit for the Sol system – a trip to Earth and Mars is on the cards!

I’ve finally picked up some combat experience as well, collecting bounties out of the HR 8514 system in my Viper. Not feeling quite so defenceless against pirate attacks now. It’s done wonders for my reputation with local faction, the Eureka Mining Co-Operative too, and opened up some new opportunities for profit.

Watch me in action as I take down a few wanted criminals preying on mining ships in a resource extraction site, and collecting a few decent sized bounties for my troubles:

Research next level fighters and freighters and continue to run cargo, mine and collect bounties to build up funding for my next major ship upgrade. With my newly acquired Sol system permit, it might be worth looking into travel distances – a trip to the birthplace of the human species could be on horizon.