Welcome to Venice and The Cornetto Series.

Venezia F.C, a club currently residing in Serie B (Italian second division) are pushing hard for a return to Serie A, a division they haven’t featured in since 2002. Currently under the ownership of Italian–American lawyer, businessman and millionaire, Joe Tacopina (Chairman/Owner), Venezia now how the financial backing and potential to eventually develop in to a stable, top-flight club.

Having finished the 2018/19 season in the relegation zone, it looked as though Venezia would be playing out the 2019/20 season in the third flight of Italian football. However, their blushed were spared as Palermo were punished with relegation for administrative irregularities, which allowed Venezia to retain their place in Serie B, albeit very fortuatiously.

Join me on this series, as I look to manage Venezia’s journey back to relevance.

A brand new stadium is currently being built for Venezia F.C in the ‘Quadrante di Tessera’ area, near the Marco Polo Airport, 12km from Venice. The project includes an 18,000 (expandable to 25,000) all-seater stadium, retail park and multiple car parks. The inauguration of the stadium is planned for August 2023. 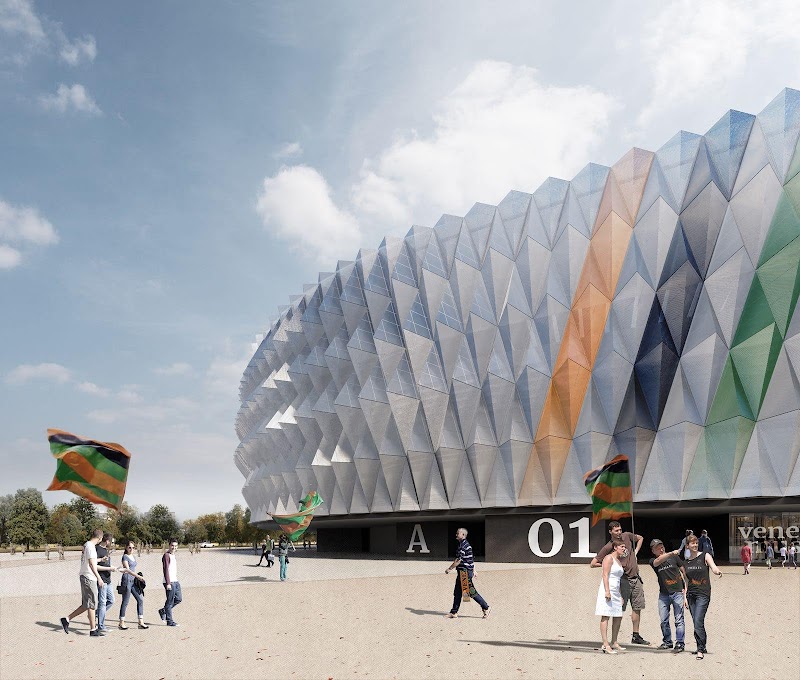 This stadium represents many different things, but it is above all a home, the home of Venezia and all its fans. The project is important not only for the local team, but for all Italian football.

Over the past 20 years, Serie A went into crisis, slipping to fourth or fifth place worldwide, and the cause is the lack of avant-garde sports facilities. The Penzo is a stadium with a long history behind it. It arouses romantic images, but is old, difficult to reach and has insufficient capacity. To return to occupy important positions internationally we need modern stadiums, able to generate profits to be reinvested in the teams to increase their competitiveness.
Joe Tacopina – Chairman/Owner of Venezia F.C