Despite modest expectations of “attempt to avoid relegation”, we started the season strongly and picked up vital points against relegation rival clubs. For a while, we were in contention for European football, but a 9 game win-less run at the end of the season ultimately saw us finish in 10th place. Still, a magnificent season overall, with a 2-1 win over AC Milan a particular highlight. 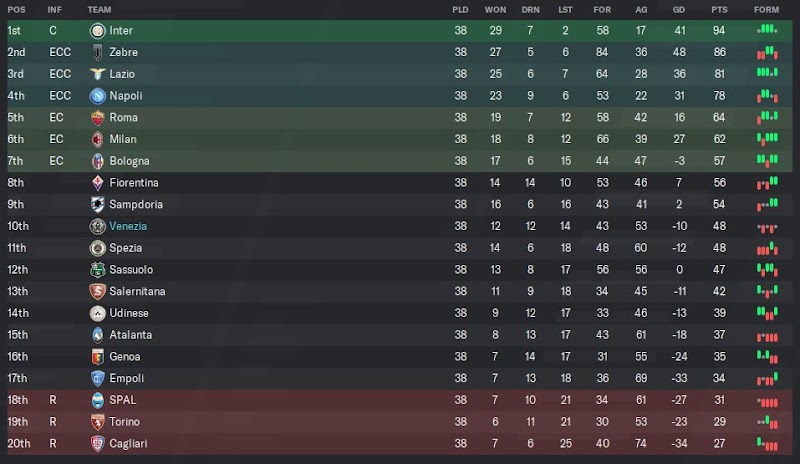 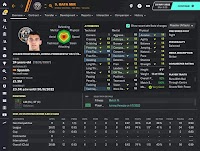 Striker, Rafa Mir (on loan from Wolves), cleared up at the end of season awards (he’ll be joining us for free next season):

There was a proud moment for on loan Sebastiano Esposito, as the young striker picked up his first cap for the Italian national side.

A marvellous goal by Sebastiano Esposita, as he dribbles the ball from within his own half before scoring an accurate finish from inside the penalty area during an impressive 2-1 win over AC Milan.

I want to take this club to the next level, and building a new stadium is a big step in that direction.
Joe Tacopina (chairman)

The big news for us at the end of the season…

The board have announced plans to build a new stadium and are in the process of searching for suitable sites and possible investors. The main reason behind the decision – to accomodate a bigger crowd due to the high demand of tickets. This is currently down as a five year project.

We’ll need to invest in the squad, simply to remain competitive and retain our place in the league. Signings will need to be smart one’s, since (whilst the club is still developing on and off the field) our transfer budget remains minimal. Next season’s expectations from the board remain the same…

Attempt to avoid relegation. Be competitive.

With Wayne Rooney’s decision to hang up his boots, and with James Garner’s loan deal coming to an end, our primary target has to be new deep-lying playmaker – a key role in our catenaccio tactics. We’re also short in defence with other loan deals coming to an end. Fortunately though, we have been able to turn Rafa Mir’s loan deal in to a permanent one, with his contract at Wolves left to run. He’s been the star player this season so we eagerly snapped him up on a free.

Wayne Rooney remains at the club, having been hired as a coach for the under 18’s.

Recent Italian international, Sebastiano Esposito, has had his loan deal extended for another year with an option to buy for £9M.

Numerous attempts to sign goalkeeper of the year, Kieran O’Hara , have been thwarted, having convinced him that his long term future is here in Venice.

Our transfer record was broken to bring in Argentinian under 20, Brian Girotti, for £5.5M from Club Atlético Rosario Central. 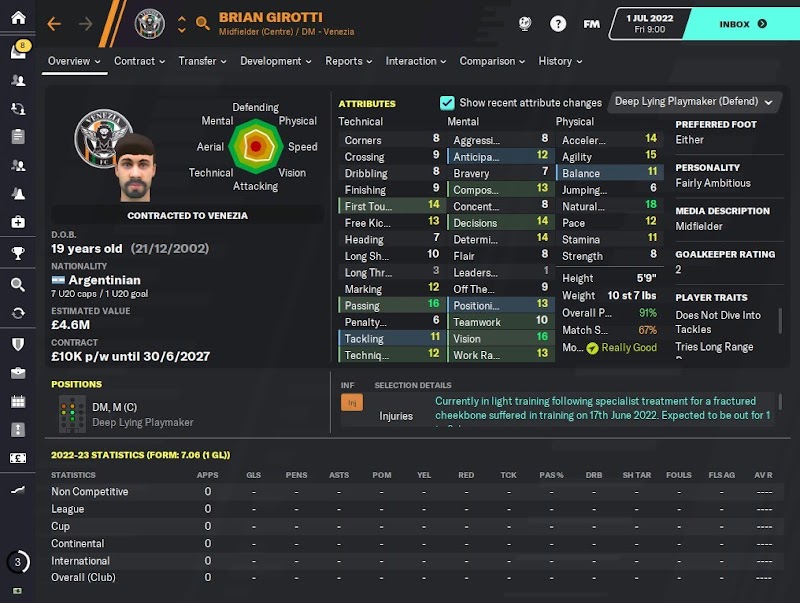 Our talisman signs on a free transfer. 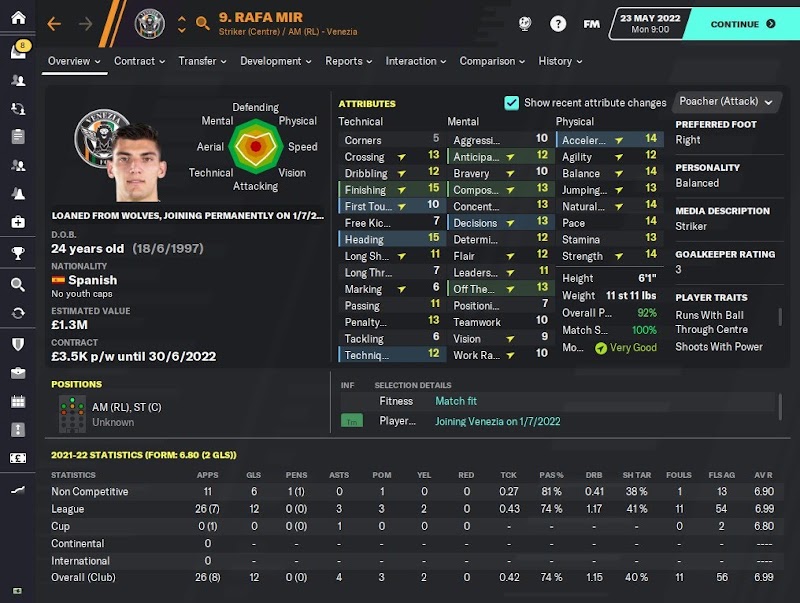 A further option in that deep-lying playmaker role comes in the shape of Spanish under 19, Claudio Pozo. He joins for Elche for £2M. 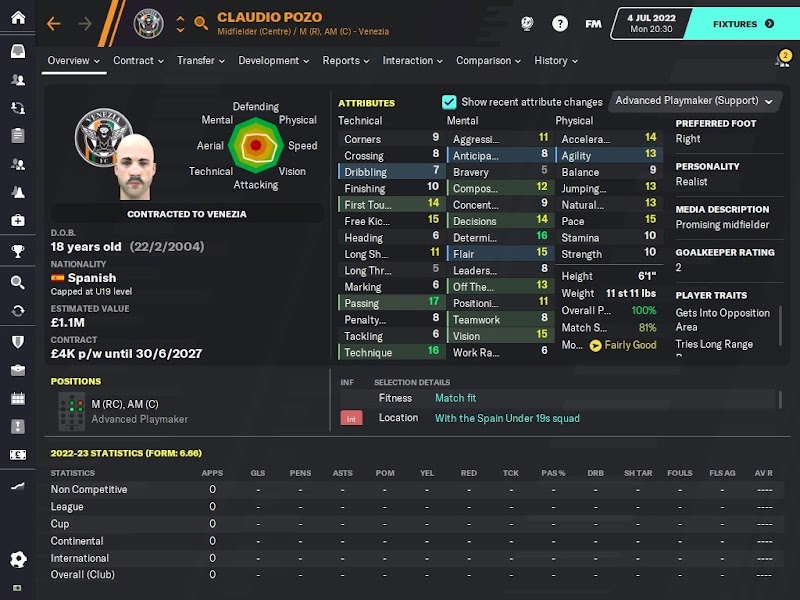 One with the potential to upset the dressing room – Nebojsa Stankovic joins from Red Star for £1.3M. He has a ‘fickle’ personality trait, so we’ll need to watch him closely. He should however be a weapon from set pieces with that height and heading ability. 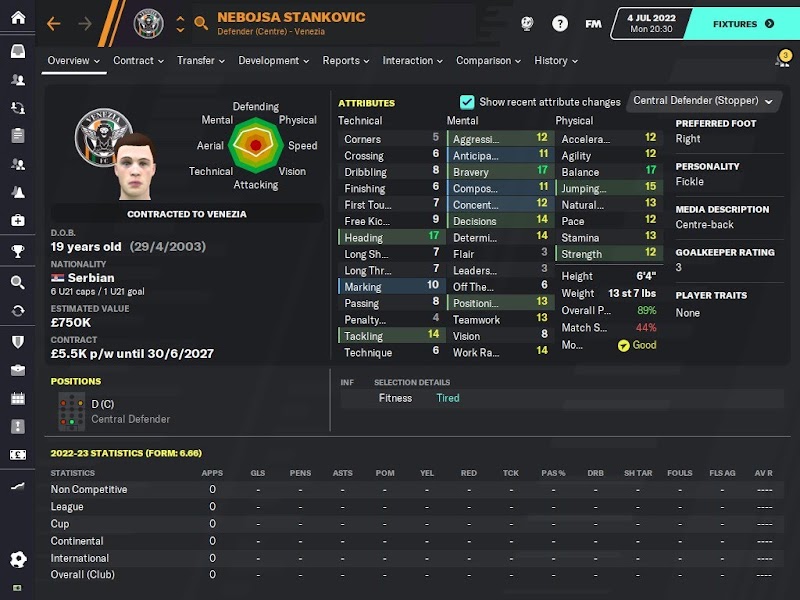 A couple of talented youngsters have been signed up, with the next few years in mind. 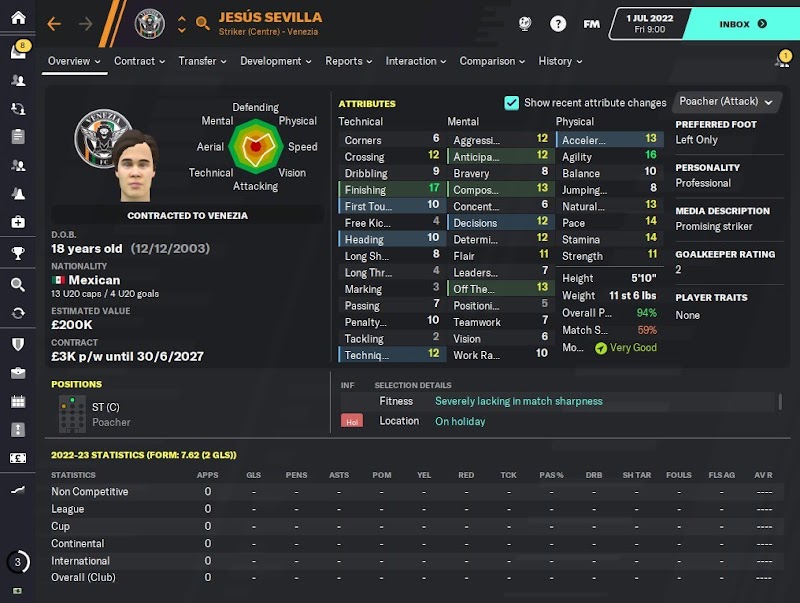 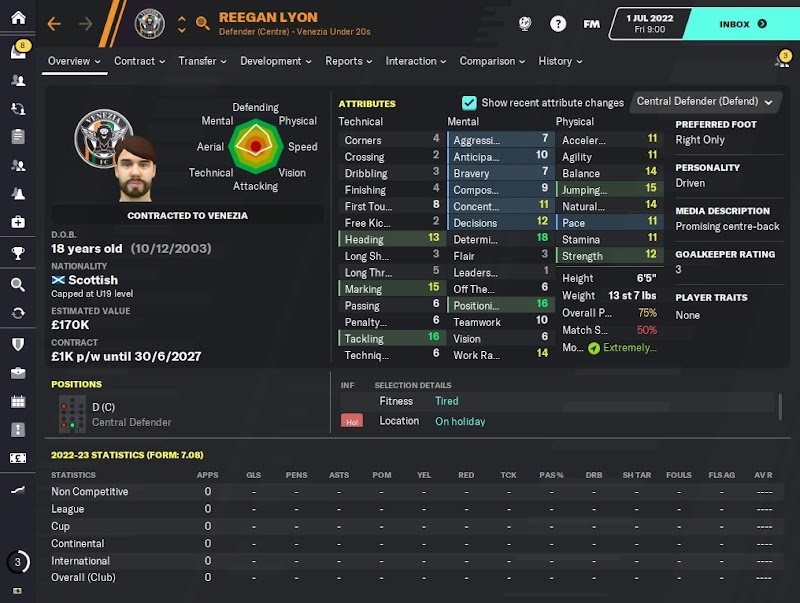