A six point lead at the top of the league confirmed a succession of three Norwegian Premier Division titles in a row. It’s safe to say that Bryne FK have taken over the mantle of ‘best team’ in Norway. Another Super Cup title was added to the trophy cabinet as well. Penalty shootout heartache in the Norwegian Cup was the only thing preventing our first ever treble winning season.

Bryne came together so powerfully in the middle of the season to set themselves up for the title many fancied them to win.
Orjan Naustdal, The Norwegian Football Daily

Bryne looked a class above in the core months right at the heart of this season; they were a trendy pick for the title but they’ve also shown why.
Endre Fossen. The Norwegian Football Informer

We’re yet make our mark in Europe. Having once again managed to navigate the qualification rounds, we’d reached the Champions League group stages for the second season running. Last season we simply aimed to keep the scores looking respectable, against far super opposition including Liverpool and Bayern Munich. We just about managed to improve on that by recording our first ever Champions League group stage victory – a 2-0 home win over RB Salzburg.

Once again, plans to buy the stadium from the council failed because “the funds simply do not exist at this time.” With £25M in the club’s account, I’m not sure the chairman’s being entirely honest. Instead, plans are in place to expand the stadium by a measly 1,646 seats, taking it’s capacity to 8,077. Very slow progress indeed. Developing a new stadium was ruled out too, with “not enough supporters” spouted as the reason this time.

I fear we have little chance of bridging the gap in Europe without significantly increasing our income from gate receipts. A 50,000 capacity stadium or similar would bring in huge profits against the giants of European football – without that, our dominance looks set to remain in Norway alone.

We’ve made a bold statement by signing Sadir Abud from our once parent club, Molde, for £5.75M. By signing this season’s top goal scorer in the Norwegian Premier Division, we’ve essentially broke our transfer record to capture the best player in the league, and from one of our main rivals. 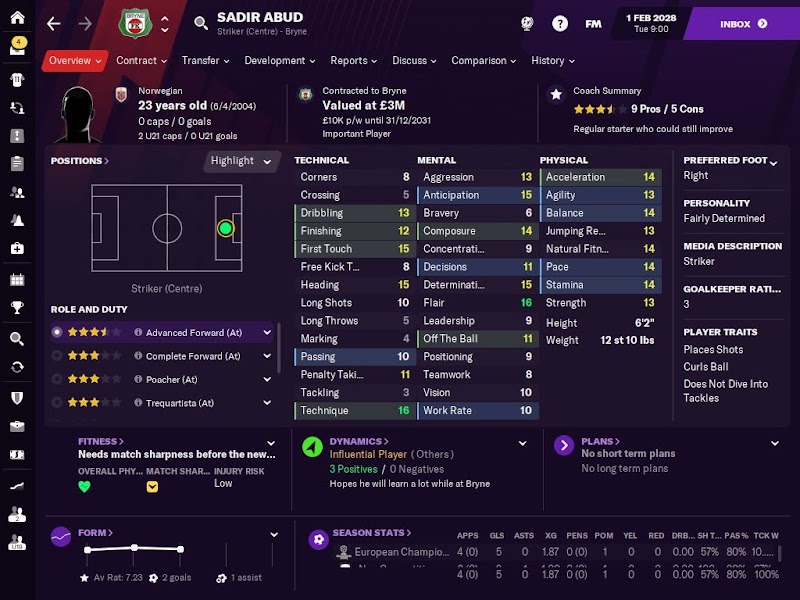 The now very experienced David Raya comes in from Arsenal on a season long loan, to add some nous to our squad, specifically with the Champions League in mind. 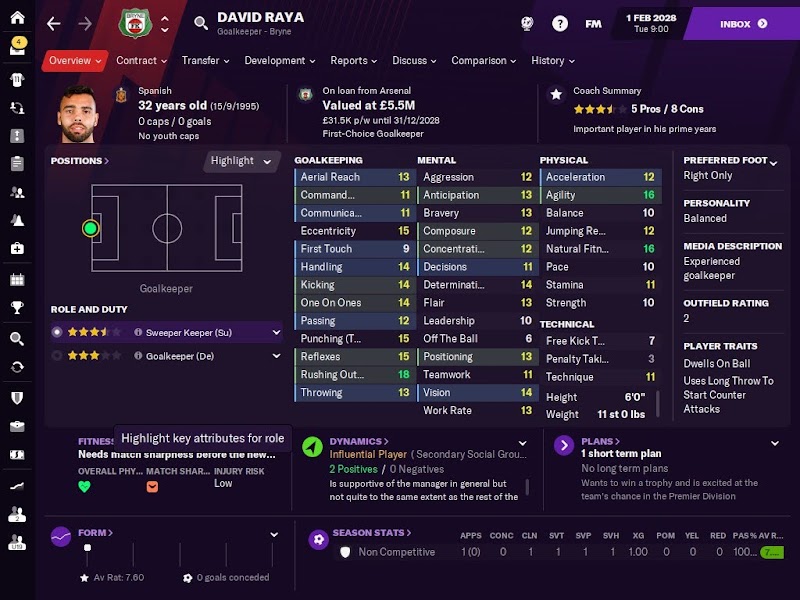