The end of season five wrapped up our most significant one so far, on a journey that began in the Norwegian Second Division Group 2. Back to back promotions took us up to the top flight of the Norwegian pyramid, followed by another two seasons establishing ourselves as a top-half side. Slow but gradual perseverance with player development, tactics, and a little bargain hunting due to tight financial constraints, reaped its rewards with a climactic end of season finale. Floating around in 7th place for most of the season, a superb winning streak in the last couple of months pushed us all the way to 3rd spot, leaving a huge showdown match against Kristiansund BK on the final day of the season, 3rd vs 4th – winner guaranteed a place in the EURO Cup II (UEFA Europa Conference League) qualifying rounds. We won 3-0. A historical moment as Bryne FK booked their place in European football (and finished higher than our parent club, Molde FK, who came 5th). Winning the Norwegian Premier Division Manager of the Year award was a nice finishing touch to a triumphant season. 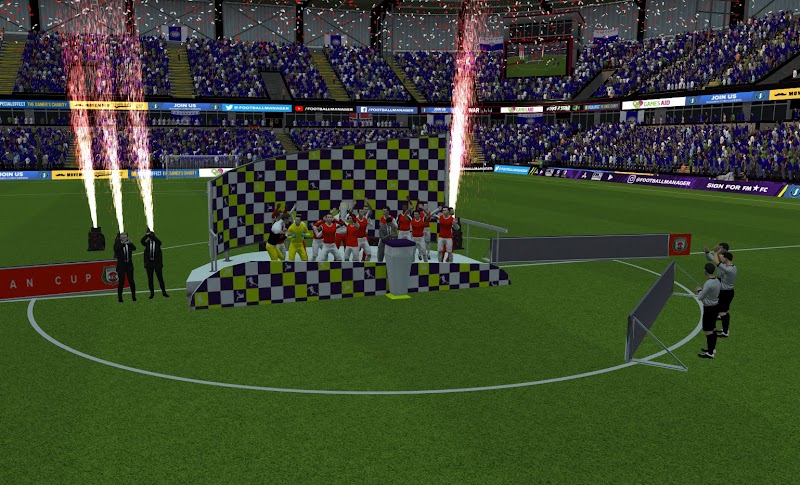 This wasn’t the highlight of our season though; a fantastic cup run had seen us reach the final for the first time since 1987. The curtain-closer followed a week after the league season finished, and pitted us against 8th placed Vålerenga Fotball. We were slight favourites due to our league position, but fairly evenly matched up for the end of season spectacle, hosted in the 27,182 capacity stadium of Ullevaal Stadion. Just a little bit larger than our 4,000 capacity Bryne Stadion! Our great form and momentum prevailed, and we lifted the trophy after a confident and resounding 2-0 victory. Europa Conference League qualifiers to look forward to and some silverware in the trophy cabinet. I’d made a conscious note in the last post to start taking the cup competition more seriously, as a means of gaining European qualification. By finishing 3rd in the league we didn’t need that in the end, but a trophy certainly put the icing on very fruitful cake. £1.74M was awarded in prize money this season.

The front-line was led by Bachmann and Rønning, with a combined goalscoring tally of 33 goals across all competitions. Peder Oterhals Bachmann as the poacher (a composed and lethal finisher), paired up with Jon Tveit Rønning as the pressing forward (a determined attacker with some pace and strength to boot). The home-grown duo we’re scintillating at times, forming a formidable partnership that ran most Norwegian Premier League defences ragged. 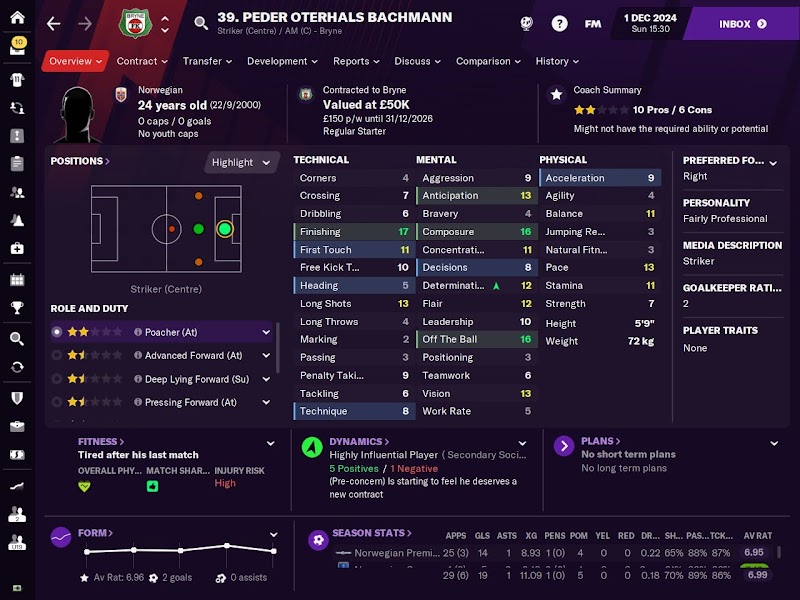 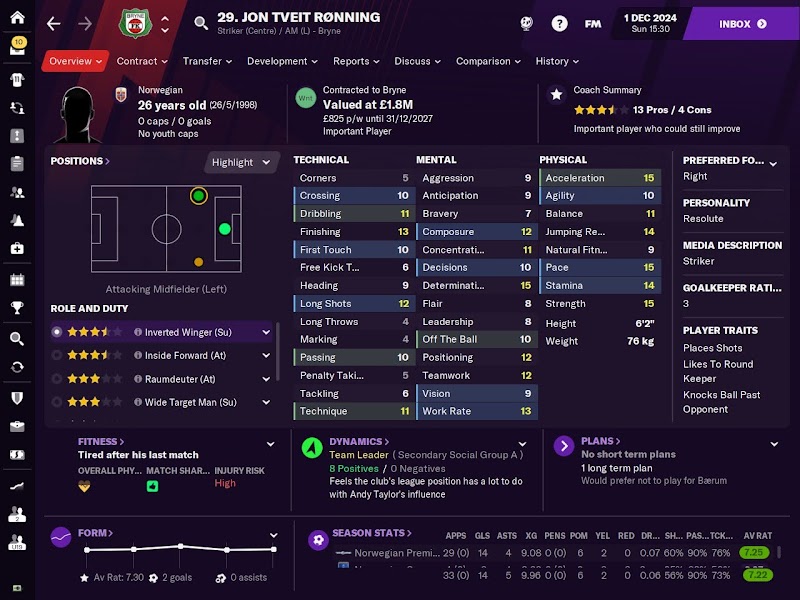 It was also a breakthrough season for academy graduate, Dan Whittaker, who made the right wing-back position his own during the second half of the season: 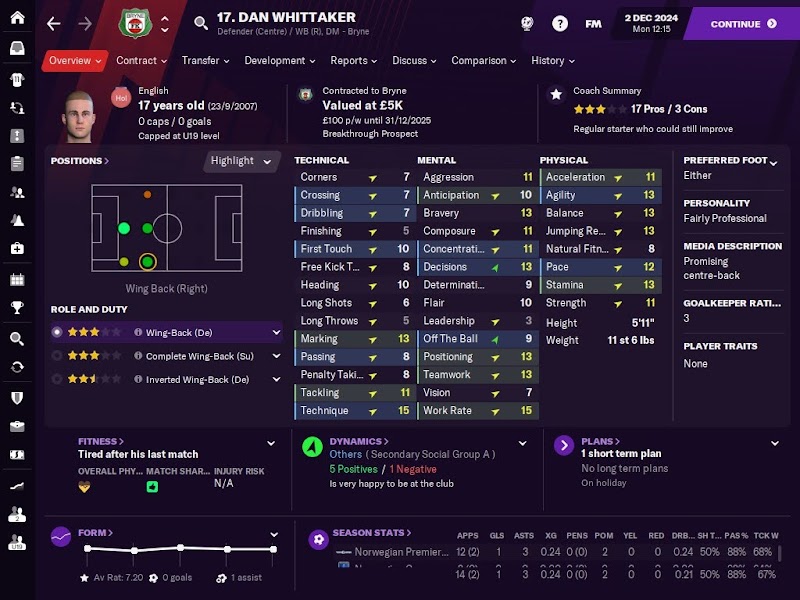 Our Graeme Potter-esque tactics are now very familiar with our young and developing squad – dominating possession and winning it back quickly are the key fundamentals of our playing style.

Next season’s aims may well be dependent on our ability to get through to the Europa Conference League group stages. I’d imagine we’ll be up against it, competing against sides of far bigger reputations in the latter rounds. A spot in the group stages would significantly boost the finances but also impact on our domestic schedule. We’re expected to finish in a top half position again, but a taste of European football naturally has me craving back to back qualification (top 4 or cup winners).