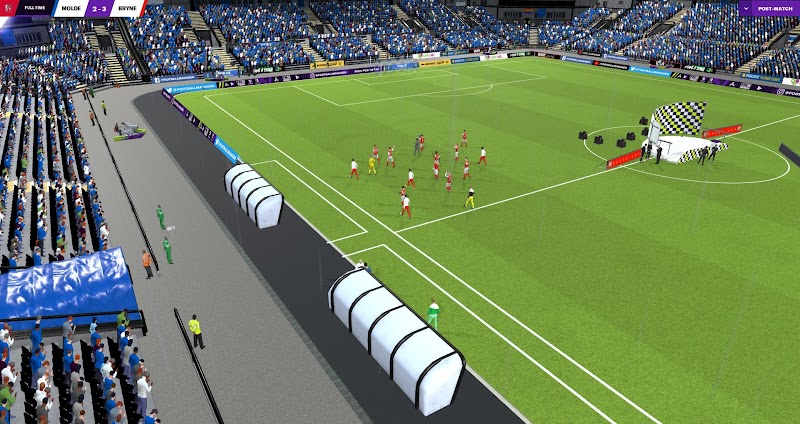 The opening day of the season was a memorable one, as we lifted the Norwegian Super Cup for the first time in our history, beating Kristiansund BK 2-0 at Kristiansund Stadion. Surpassing last season’s points tally by 11, we also lifted back to back Premier League titles and secured another round of Champions League qualifiers. Our Norwegian Cup run ending in a semi final defeat to Molde, who went on to lift the trophy.

The dream had been realised. Having won the Norwegian Premier League last season we had three rounds of two-legged qualifiers to realise our dream of playing on the biggest stage of all (and making some serious dosh). Having surpassed The New Saints (Wales) and Knattspyrnufélag Reykjavíkur (Iceland), we were pitted against an experienced European outfit in the shape of FC Basel 1893 (Switzerland). As underdogs, we masterminded a very well earned 0-0 draw in the first leg at home, preventing that all important away goal. A cautious and disciplined 2-0 win away sealed our fate and a place in the group stages proper. I can hear the cash registers ringing already! – £13.93M was transferred to our account for qualification alone. Prior to that, our balance was around -£400,000.

Group F gave us little chance of progression (and odds of 10,000-1 to win the competition!), we were merely looking to keep things competitive and respectable. Ultimately we lost every game, but by relatively slim margins in most cases. Aside from the huge financial gains, the biggest plus was that we managed to score a few goals (4). Our inability to register a single point clearly shows the difference in gulf though, and our possession focused style of play did little to help us against the far superior sides. We may need to develop a more counter attacking tactic for these types of games, if we’re to get this far again next season.

A record £300,000 was made in gate receipt for our first home game of the Champions League group stages, a 2-3 defeat to Rangers. With each home fixture bringing in similarly high totals.

Having already sold Dan Whittaker to AC Milan for a club record £10M, we had some cash to spend, and with the offer of Champions League football, we had a much better player pool to assess. The sale of Whittaker is a proud moment for the club really. A young English lad brought up through our academy, who represented the England under 21s, gets his big move and the club gets its biggest transfer fee by far, which will make a huge difference to the development of our ground and facilities.

Plans were in place to try and buy our stadium from the council but that proposal fell through due to a lack of funds. We had to borrow Viking’s ground for our home games in Europe because ours was too small, highlighting the need for expansion. Having secured a grant, plans are now in place to expand the stadium by 1,308, at a cost of £1.6M (with £800K secured from the authorities towards this). £2M is being pumped in to developing youth facilities.

In Norway, summer time is mid-season, so we were able to secure a few deals then, ready for the Champions League fixtures.

17 year old academy graduate, Even Ringstad, was promoted to the right back spot after a successful loan spell with FK Bodø/Glimt. He looks a class act and was another reason why we were able to let Whittaker move to Italy. 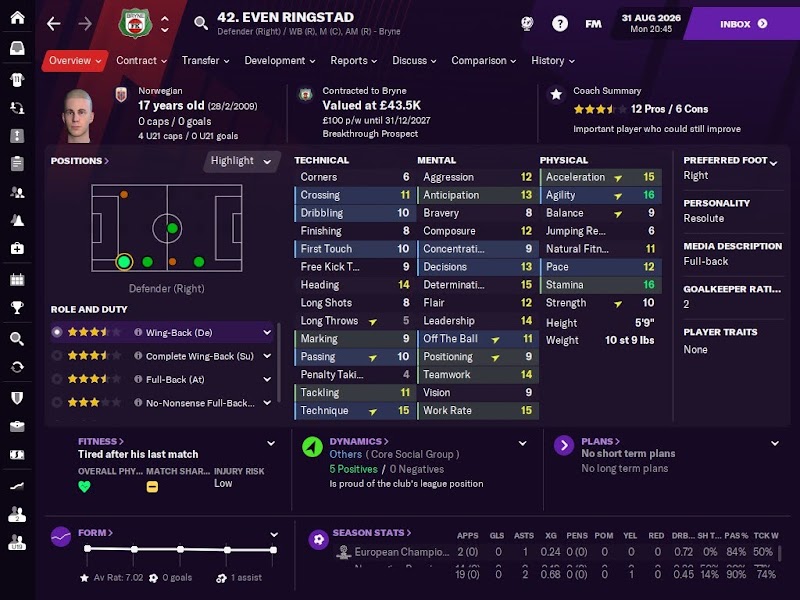 16 year old Vegard Ølmheim was signed from Molde for £2.5M. The next Henning Berg? Say no more. 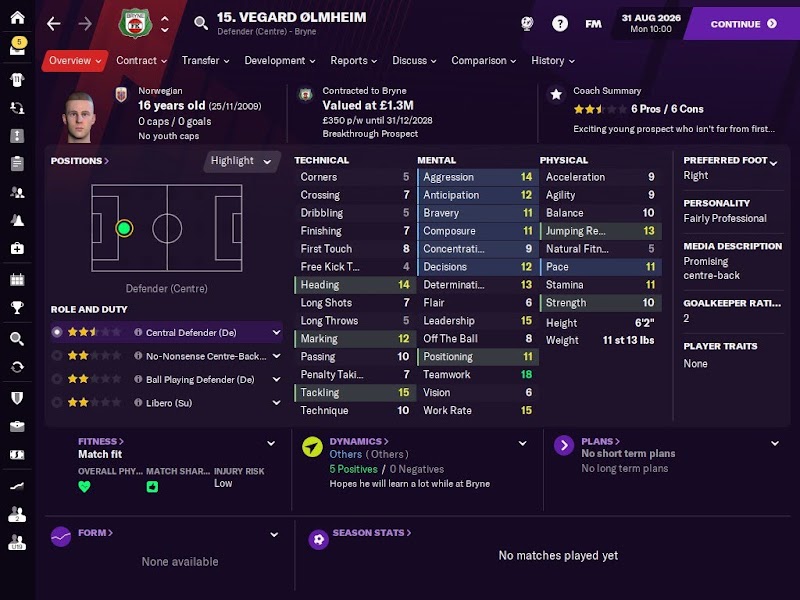 One for the future, promising striker, Christopher Ringstad, was signed from Molde for £1.4M, as we continue to look for the best young Norwegian talents. His versatility means we can use him as a playmaker, or as a pressing forward. 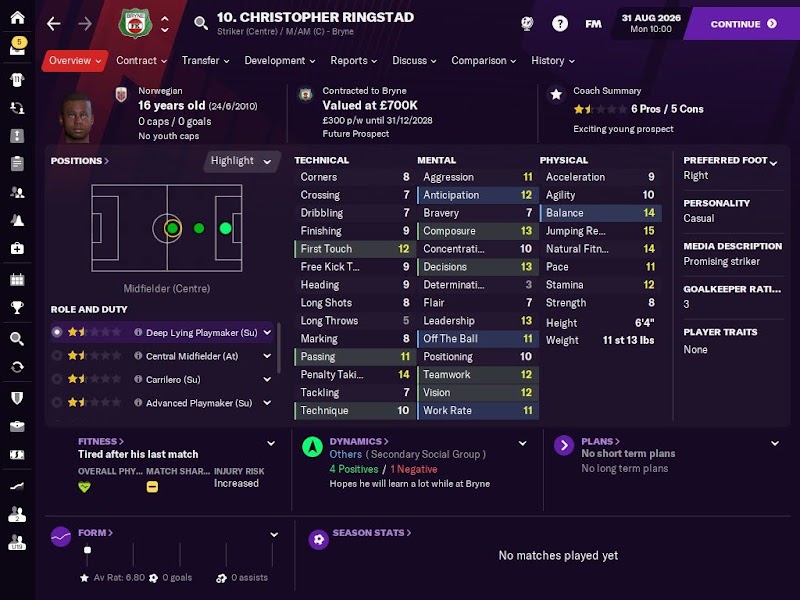 Tasos Tzirki, an English/Greek striker, was loaned from Notts Forrest with the Champions League in mind. He scored all 4 of our goals in the group stages and will remain with us next season too. His pace is something we’ll be able to utilise if we do develop a counter attacking tactic for big European fixtures. 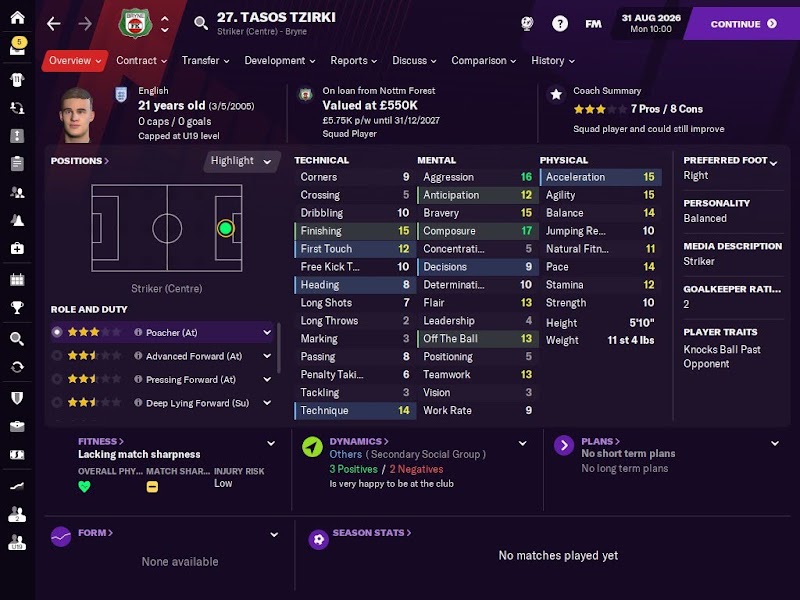 Tasos Tzirki (on loan from Notts Forest, capped at under 19 level)

Key signings for the following season: 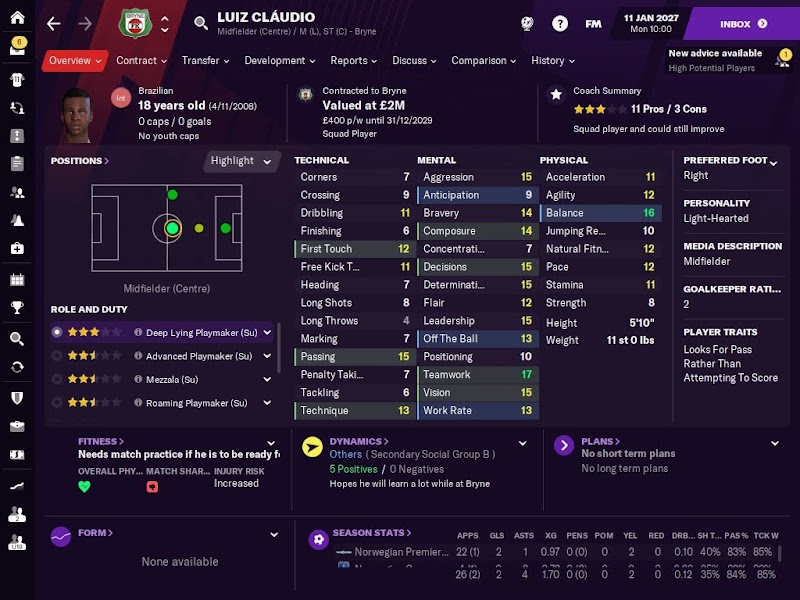 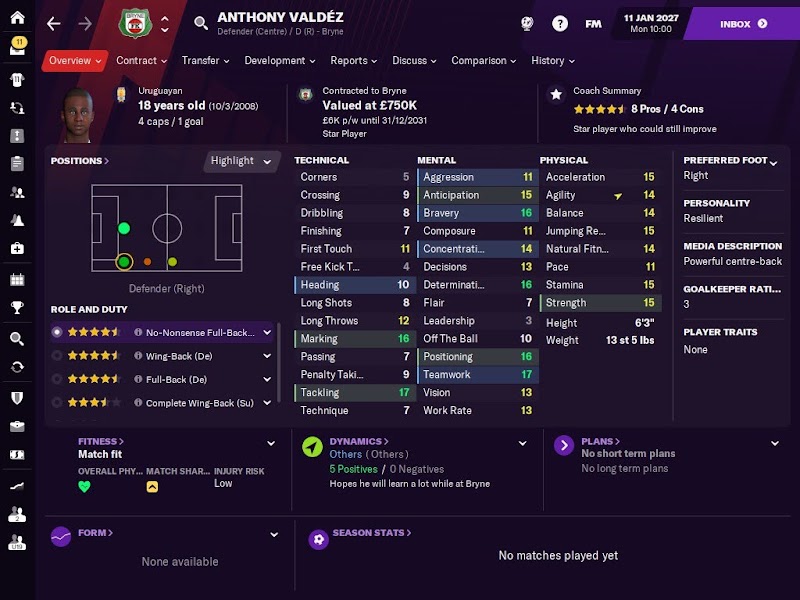