Having got all I needed from the Railroad faction (the ballistic weave armour mod) I decided to investigate this Brotherhood of Steel (BOS) group. Having seen that huge flagship blimp of theirs flying over the Commonwealth, they’re clearly a well kitted out group with lots of high tech military equipment – and that was enough to spark my interest.

I travelled to the BOS blimp and spoke to a BOS knight at the entrance – he sent me to speak to a man named Paladin Danse if I wanted in. I found Danse at the police station.

After I’d helped Paladin Danse out with a few missions – clearing out synths, securing a deep range transmitter to repair the BOS communications array – he invited me to join the brotherhood. I accepted – let’s see what this military group has to offer.

Now part of the group, I was whisked away in a Vertibird, back to the blimp to meet their leader – Elder Maxson. Since then I’ve been running a few missions – clearing areas of Super Mutants, supporting BOS patrols and so on. 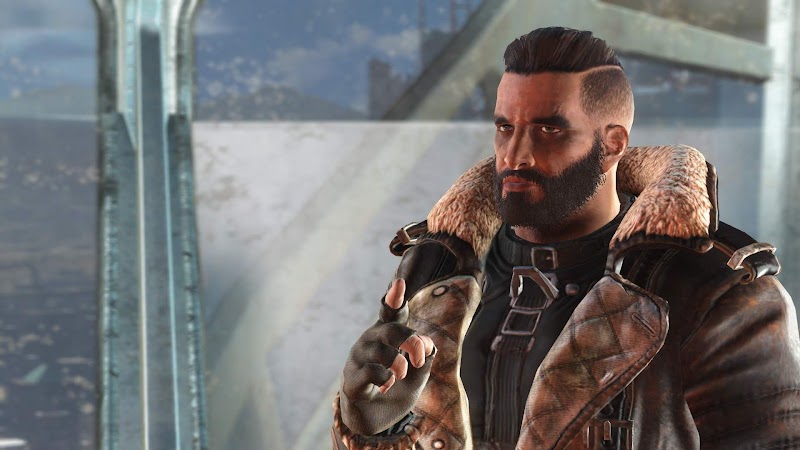 Elder Maxson, leader of the Brotherhood of Steel faction

I’ve collected some decent loot but I’m not sure if there’s much more I can get out of these guys. They’re overly intense and I’m missing the solitude of the open road. A little company wouldn’t go amiss but I’d rather work in a smaller, less absorbing group. I’ve heard rumour of another merc sniper in the Commonwealth, goes by the name of MacCready. He’s a former Gunner, a hired gun. I’m gonna have to look him up. Seems we have a lot in common. He could prove to be a handy companion.