Awakening in the New World 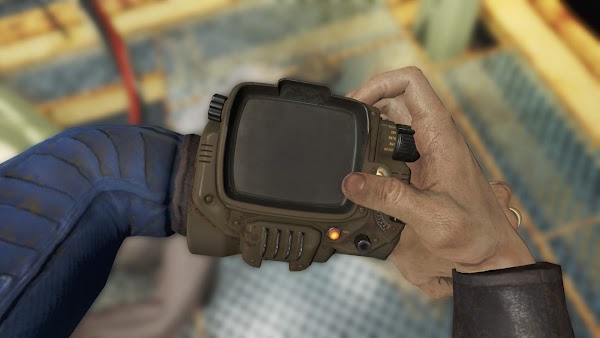 The world’s gone to shit…

Feeling really dazed, I woke up inside some kind of cryogenic chamber to find that everyone else in the shelter had long since died. Dusty corpses lay everywhere. After scouring the vault I managed to find a Pip-Boy and made my way up to the surface.

Something terrible had happened for sure. I was struggling to remember much but the world around me was in ruins; buildings and towns were dilapidated and there were high levels of radiation in the region. I seemed to have these imprinted survival instincts to loot the area for resources and anything I could weaponise myself with, something I felt I’d been trained to do.

I headed downhill in search of shelter and any signs of life, to a location labelled Sanctuary on my Pip-Boy. That’s where I found a robot called Codsworth. He looked familiar somehow and seemed to recognised me. He filled me in on the disaster and who I was. It all started flooding back to me… I’m an ex-military sniper and I’ve been in stasis for 200 years! He pointed me in the direction of a place called Concord, where he says I’ll find some other people and hopefully some more answers.

It’s a vicious place out there. I ran into a lot of aggressive creatures en route – feral ghouls, mutant hounds and mole rats. That 10mm pistol I looted from the vault came in real handy, but I’m going to need better weaponry and some armour.

Along the way I met a dog who’s taken a liking to me. With few friendlies in the area I’m happy to have the company. I’ve named him ‘Dog Meat’.

When I reached Concord I had to rescue this group called the Minuteman. They were camped out in a Museum surrounded by raiders, so I picked off a few hostiles thinking it’d be good to be owed one. This Preston fella tried to convince me to join their group but I turned him down. In this world you’ve gotta look after number one and they wanted something for nothing. I had to kill a deathclaw to save their asses, what more do they want! Fortunately it wasn’t a complete waste of a trip, I found a sniper rifle and managed to convince them to pay up before escorting them back to Sanctuary.

Preston gave me directions to a place called Diamond City. Sounds like a good spot to trade some loot and find work. Now that I’ve got my rifle I should be able to get some decent pay – I am a sniper after all.