Having worked out a good few spots to collect fruit from around the town, starvation isn’t really an issue anymore. I bagged my first mushroom too looting out by the railway track. The track is proving to be a good source of stones as well, allowing me to replace my stone knife with ease each time I wear it out getting a fire ready, which is a frequent occurrence.

Decided to do a loop around the outskirts of town and investigate the garage by the seafront. Nearby, I spotted a rooster but used too heavy a melee weapon to kill it (a pipe wrench), so no chicken on the menu tonight! That wrench came in handy soon after though, to kill an incoming infected. The last few bits of looting were very fruitful; I found a farming hoe and a bag of lime, perfect for prepping soil to grow some veggies back at camp, and a second barrel! Not long after picking it up I got blindsided by an infected and had to punch him out. Lucky I had some rags to hand to stop the bleeding after that little altercation.

It took some time, but I carried the barrel back to the barn to use for gardening storage specifically. After that, a trip back to the fountain for water where I struck gold en-route – a canteen sat in an abandoned car and a jerrycan in one of the nearby buildings! That’s when I made my first big mistake, drinking from the can thinking it was full of water when it was full of gasoline, which made me sick. Drama aside, they’re going to help reduce the frequency of trips to the fountain, and make excursions to other towns much more feasible. Jackpot.

I headed back to the camp for the usual ritual of supper by the fire, by which time the sickness had passed. 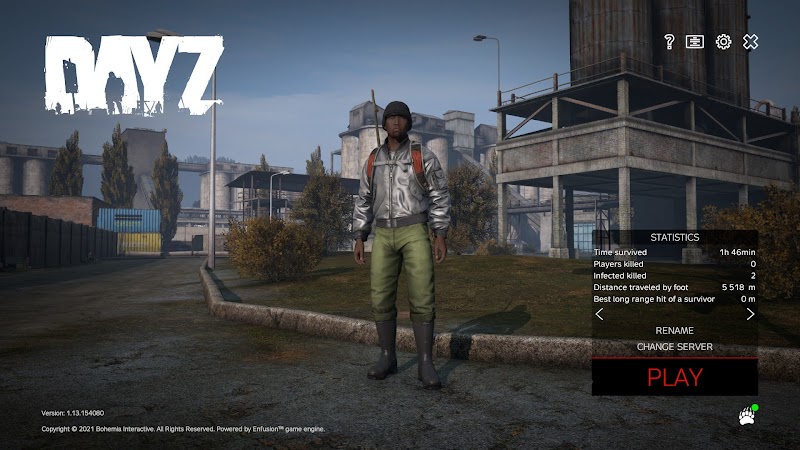