I look around, ahead of me there’s a a train track and a forest. Behind me, a road and a beach. It’s cold and I’m dressed for summer. I need to find a town and warm up, so I head west in search of structures and resources. Eventually I reach a sign – Kamyshovo – my new home for the time being. Using my GPS device (iZurvive), I locate my whereabouts – I’m on the south-east corner of Chernarus. Kamyshovo (or Kamy for short) is a fairly small town with limited resources, but there is a water fountain in the centre near the police station. The next large town is due west, a place called Elektro. Might be worth a look ones I’ve established a camp, built up a food and water store, and found some warmer clothes. 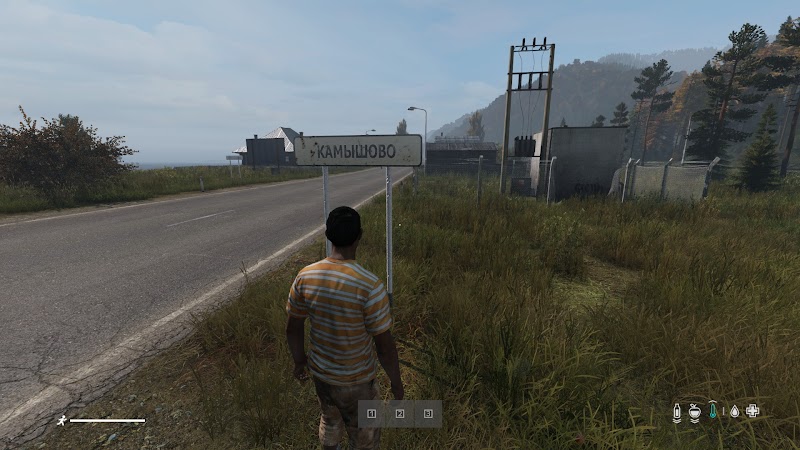 [Interestingly, this is the next town along from #Survivor #21‘s location in Elektro – it’ll be interesting to see if her campsite still exits. I deleted the ‘players’ file to reset the character on my local server, so hopefully the rest of the map has remained the same.]

Infected are roaming the streets so I make my way in, slowly, looting various structures as I head towards the water fountain. I spot another infected and change my route-in to the railway track, where I was able to fashion a stone knife. Not long after that, I’m attacked – the knife does its job and I’m rewarded with a hiking backpack (a good start).

I spot the police station and work my way around to it clockwise to avoid the roaming, infected cops. And there it is, the water fountain, positioned in an open courtyard right in front of the police station. It’s a dangerous hotspot of infected, but I need to hydrate and there are apple trees here too and some warmer clothes. I carefully fill up on water but accidentally leave some of my gatherings when I change clothes.

The police station’s worth checking out too – I come away with two pump-action shotguns, a pistol, a mixture of bullets and some rags – not a bad haul but I need food.

I bag a few apples and pears as I make my way north, up a road leading out of town. I pass a few houses that offer a little extra loot before finding a barn. It’s a safe distance from the infected, whilst close enough to perform water/looting rounds – this is my new home for now.

I do a second sweep of looting as darkness sets in, then attempt to get a fire going back at the barn [this proves easier said than done – for some reason the ‘ignite’ action won’t appear when trying to use my hand-drill kit inside the barn]. 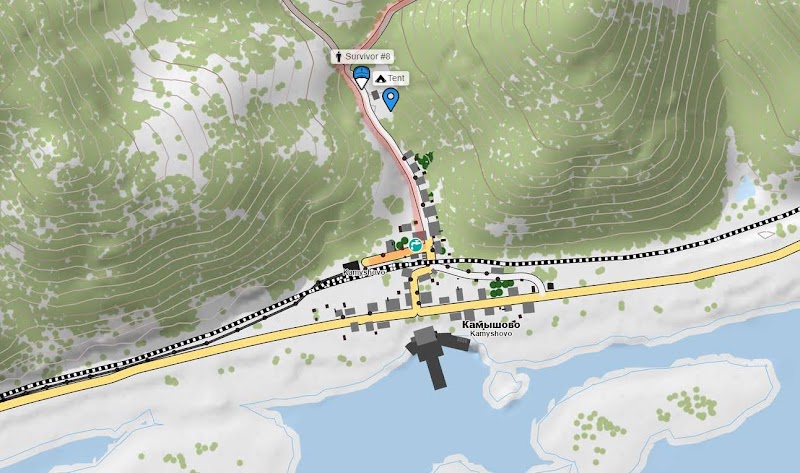 Campsite location, on the outskirts of Kamy 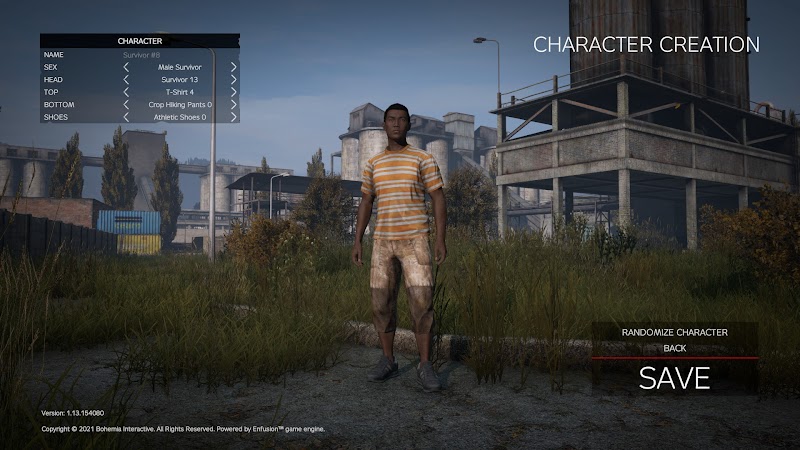