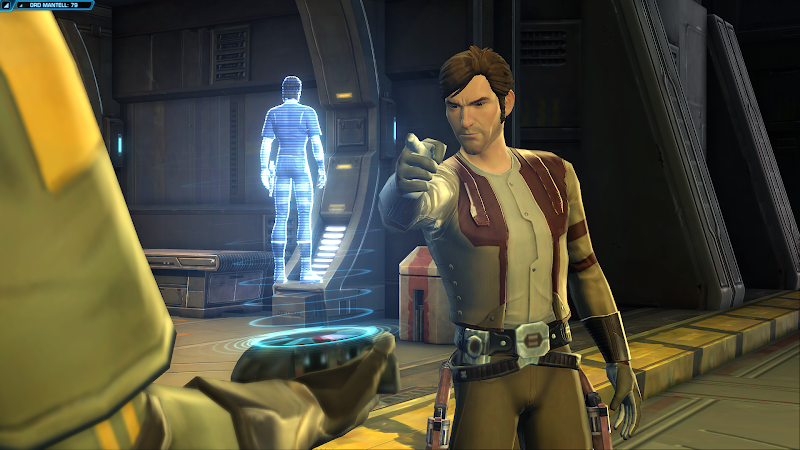 Bring my ship back, and I’ll consider forgiving you.
Captain Jac Holster

Skavak, that son of a bitch! He stole my ship! And the shipment of blasters! Ok, calm down, relax, think…

That kid Corso Riggs, he’s offered to help me out, but it’s not gonna be easy. He reckons his boss, a local business man named Viidu (the ‘king of cargo’), can help me out. Says he’s got eyes and ears everywhere. 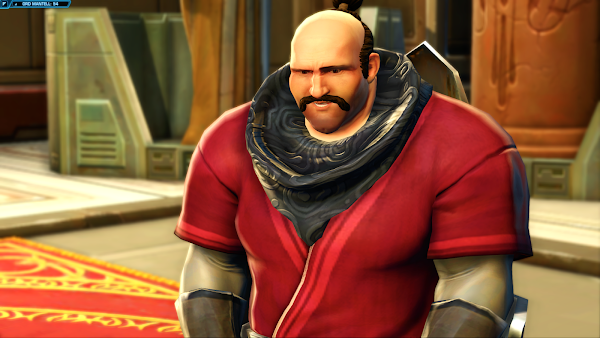 Viidu, the ‘king of cargo’

I tracked him down but that lead to another errand of course. Viidu brought the shipment of blasters in for a man named Rogun the Butcher, who won’t be too happy about the news. We gotta get my ship back and those blasters. He suggested speaking to a Republic commander named Reki, who’s in charge of the blockade in Talloran. Naturally the area was swarming with separatists, so I had to clear a path. I found him though. He said I can track Skavak down but I’d need to access the computer at the separatist hideout in Mannett Point. Just great! I needed to disable the power relays in the area to gain access, then get the encrypted maintenance tunnel schematics hidden inside Reki’s abandoned house. Anyway, Corso came along and we got the data.

We took it back to Viidu for decryption, that’s when I bumped into a thug called Bracco and his goons giving Syreena (one of Viidu’s more eye-catching workers) a hard time. It didn’t end well for them. Syreena was… grateful, for the help. Viidu wasn’t thrilled about the mess I’d left in his warehouse but it didn’t stop him asking for another favour while he decrypted the data pack, a job ‘only you can do’, of course. I needed to keep Rogun occupied by getting him a canister of chemicals that can supercharge artillery weapons. Risky work but this time he was paying so, what the hell. I had to find a scientist called Trymbo in Ord Mantell Village, but he wasn’t home (out ‘fishing’). I found the nut job eventually and took the chemicals back to Viidu. That gained us enough time to crack the data pack and find that SOB, Skavak! 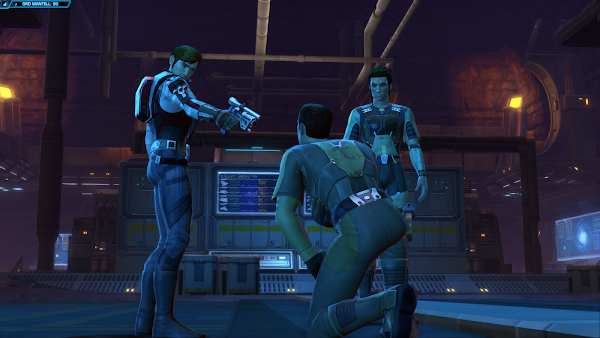 He’d taken the blasters (and my ship!) to the separatist base in an old volcano. Skavak was delivering the shipment to Dareg, the separatist leader. Me and Corso managed to get to the rendezvous point and dropped in on Dareg, who didn’t take too kindly to our visit. We won the gun fight and interrogated Morat, the last remaining guard. Skavak had been and gone, damn it! He’d stolen an old droid from Dareg, kept the shipment for himself, and took off in my ship hours ago. And then the bombshell, Skavak has a girl in Fort Garnik called Syreena. That backstabbing bitch warned them I was coming!

Corso and I paid a visit to Syreena and caught her red handed – she’d killed Viidu and was holo chatting with Skavak. He’d been using her all along. In a last ditch attempt to save herself she fessed up and told us where Skavak was heading… to Coruscant, for the next part of his scam. We let her go in exchange for a shuttle pass. She’s warned us that Rogun the Butcher’s bounty hunters are on our tail too, so we’d better get moving. Time to hop on that shuttle to Coruscant and find my ship.