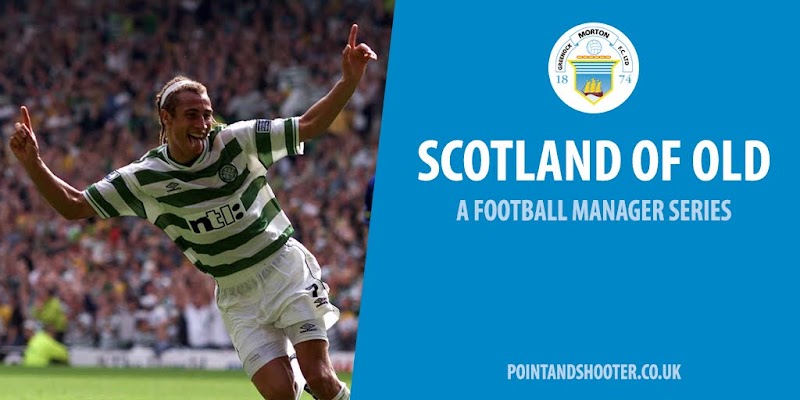 Gone are the days of Henrik Larsson and Brian Laudrup, gracing football pitches around the Scottish Premiership with style and panache. In recent years, the locals have had to settle for a couple of star name coaches instead, in the shape of Brendan Rodgers and Steven Gerrard. That helps, but with little in the way of star name players, the sort that really excites you (like Paul Gascoigne), there’s still a long way way to go before you can put ‘Scottish football’ and ‘world class’ in the same sentence.

Why don’t we get back to our Scottish roots and have a go?
Billy Brown (after Hearts lost 2-1 to Maltese side Birkirkara in the Europa League in 2016)

There’s a lot to be said for the style of football too, and not just in Scotland. Possession has become the buzz word in football, coaches across the world obsess over it. Some use it well, some don’t, and there are many ways to play the game.

I want to reintroduce a more traditional style of football in Scotland – direct and attacking football, with set pieces utilised to their fullest. We want to make it tough for opposition sides, with the sorts of tactics that opposition coaches dread playing against; two strikers to deal with (or a 9 with a slightly deeper 10), attacking wingers who are direct and get crosses into the box, hardened battlers in the midfield and defenders who’ll put the their bodies on the line and score powering headers from corners.

I’ll want to produce players for the national side eventually too, but there’ll be an induction of foreign players to add some romance and swagger. Over time, money will be invested in the facilities (as long as the chairman is willing) to help develop the next Kenny Dalglish, Graeme Souness, Ally McCoist, Gordon Strachan, Gary McAllister etc.

This’ll all take time, and we may have to buy young and develop, but we might be able to pick up ageing veterans on occasion too. A similar strategy has been used by MLS sides to bring in the likes of Wayne Rooney and Zlatan Ibrahimović. Would’nt you just love to see them in the Scottish Premiership!

I like a challenge on FM, which often sees me overlooking the top divisions. I’ll be taking the reigns at Scottish Championship side, Greenock Morton, founded in 1874. Very much a yo-yo club (record holder for the most promotions and relegations from the top flight), my first task will be to stabilise the club, establish a style of play and an ethos, then develop strategies to push for promotion and beyond.

Ultimately the aim is to become a top side in the Premiership, with high profile players, competing in European competitions too. Morton vs Barcelona in the Champions League, that’s the dream.

I’d really love to hear what people think about the challenge and any suggestions/advice you might have. Comments below are always welcome!