Series:
The Pragmatic One

There was a huge temptation to start as Vitória Futebol Clube in the third division of the Portuguese football pyramid, but I’m starting this save a little late in the year so I’m not envisaging getting through 8+ seasons. This save is about winning silverware, so yes, I’m starting off as a title favourite (not something I usually do) – FC Porto.

With a surprisingly small budget (just £2.5M!), I’ll predominantly be ‘working with what I’ve got’ to start things off; maximising the squad, making shrewd cut price transfers or loan signings if necessary, and using the remainder of the budget to develop my staffing – a top-notch scouting department, a trusted Rui Faria-esque number 2, some talented analytical staff to help highlight opposition strengths and weaknesses, and a pioneering medical team able to keep my players fit and healthy. 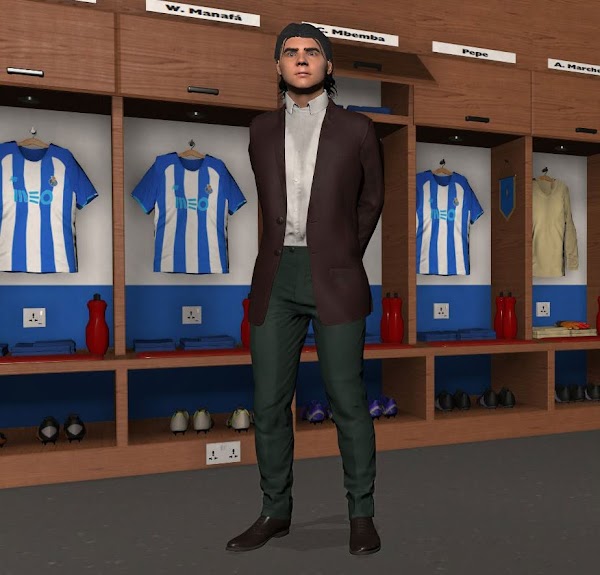 I’ll be playing as a young, Portuguese, ex semi-professional footballer turned manager, called Pedro Fernandes (and you thought Pep was a snappy dresser!).

Pedro’s skills lie in his tactical prowess; he’s a master tactician and works well with staff and players. His standout coaching attributes are defensive/technical. Loyalty means everything to him. Winning is the aim of the game and Pedro’s career goals focus around accumulating as many trophies as possible, small or large, both personal and team-based.

To put real emphasis on our winning mentality, the players are being offered big collective win bonuses on all fronts – win, get rewarded.

Having assessed the squad there’s definitely the basis of a very good side. There are some quality young Portuguese talents in there, and the Brazilian market is one that’s clearly been tapped into as well. I’m happy to continue these strategies – the scouting department have been given ongoing assignments to scout both Portugal and Brazil, always looking for talent in those markets.

The biggest surprise was probably the lack of funding made available. Having recently sold Luis Díaz to Liverpool for £37.5M, you’d think there’d be a few quid to spend. Around £2.5M is all that’s been coughed up from a lowly £4M bank balance, so income from player sales has been an early target – to raise funds, improve the club’s relatively poor finances, and keep in line with some of our targets – selling players for a profit and increasing revenue.

Good money has been brought in through the sales of:

That’s allowed us to bring in some better priced reinforcements for the coming season and beyond (including a few loan deals):

There’s some great staffing already at the club but a couple of additions have been made – a technical, defensive coach (Antônio Fontana), and a couple of scouts (including Lica, with 20 for both scouting ability and potential!), and a second assistant manager (João Sacramento), with my other assistant to be let go when his contract expires.

New and loosely José Mourinho inspired tactics have been developed immediately to help build player familiarity, including a 442 diamond, 352 press, and 4141 ‘park the bus’ tactics.

The season kicks off with O Clássico, a huge opening day fixture at home to Benfica!

I’ve already outlined targets for the series, but these will be my targets for season 1 specifically: