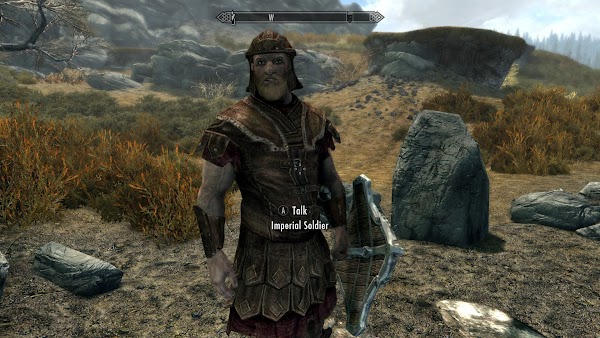 An Imperial soldier gives me directions to Solitude

After the events at Helgen I retired to a small village called Riverwood, spent a night at the keep, then moved on at first daylight towards the city of Whiterun. With market stalls, shops and ale aplenty, Whiterun was the ideal spot to rest, trade and resupply, as well as speak to the Jarl about the dragon attack. Enroute, I bumped into a Legion patrol who marked the location of Solitude on my map. I’m eager to enlist as soon as possible.

Before journeying on to Solitude, I demanded an audience with Balgruuf the Greater, Jarl of Whiterun, to warn him about the recent dragon sighting at Helgen. The Jarl was understandably alarmed, but thanked me for my haste and asked a favour of me: recover the Dragontsone (a map of dragon burial sites) from Bleak Falls Barrow. I gave my word that I would lend my aid, but first I must enlist with the Imperial Legion.

Rumour has it the Chief Lieutenant, Legate Rikke, is currently in Solitude, and can introduce me to General Tullius, General of the Imperial Legion and Provincial Governor of Skyrim.

And so, armed with my newly forged steel and leathers, the path to Solitude awaits… 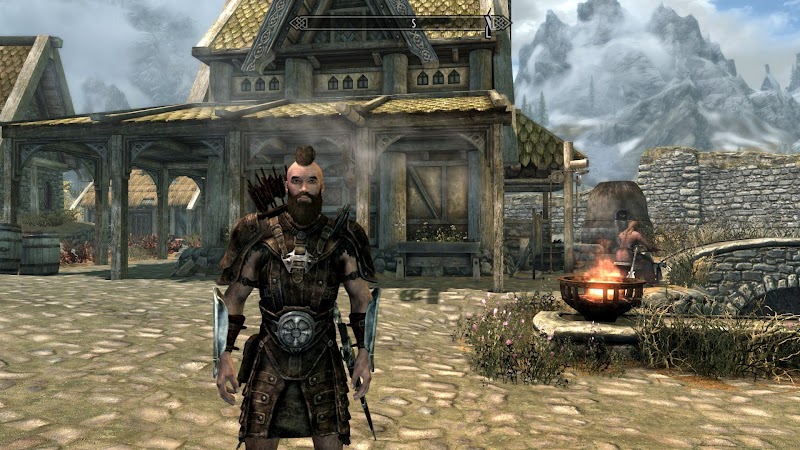 Tristyn ‘The Merciless’, in the city of Whiterun