How to Rob a Security Van

Once located, the basic process involves blasting the rear doors open, picking up the loot, and losing your wanted level. 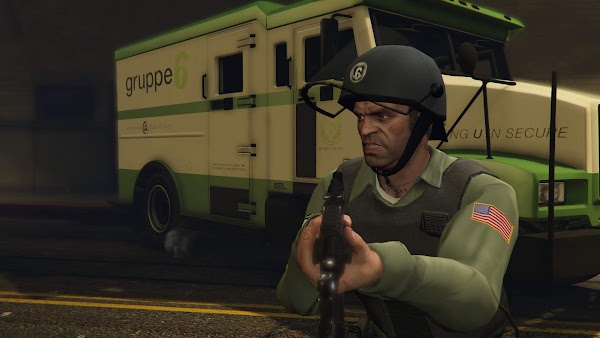 What you’ll need to rob a security van: Ammo and/or a sticky bomb. Our preferred method is to use a sticky bomb, but you can blast the doors open by shooting them. This can take a fair few shots depending on your choice of weapon (an automatic weapon will be quicker than a hand gun for example), since it’s an armoured vehicle.

There are a couple of ways to go about this. You can:

Security vans spawn randomly around the Los Santos map so you might have to wait a while before you run into one. When close to one (if you haven’t spotted it visually), you should see a blue circle appear on your map to highlight it’s location. Their typical spawn locations are:

Hang around these locations and you’ll hopefully run in to one before too long!