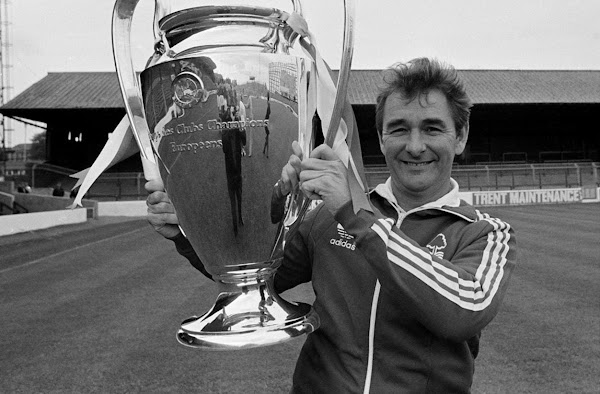 Rome wasn’t built in a day, but I wasn’t on that particular job.
Brian Clough

This is a series I’ve wanted to do for a long long time, a respectful tip of the cap to an incredible personality and a true legend of the game, who sadly passed away (far too early) with stomach cancer in 2004, at the age of 69. Rest in peace.

I’m sure there are other Football Managers who have played out similar concepts on previous iterations of the Football Manager franchise, so it may not be an entirely original narrative, but hopefully an enjoyable one still. My plan isn’t simply to take charge of Nottingham Forest as Brian Clough and win the Champions League though, I want to try and emulate his character somewhat.

I want to simulate his personality in the modern day footballing world, a place where the managerial egos and disciplinarians of Sir Alex Ferguson, José Mourinho, George Graham and Roberto Mancini, have been somewhat superseded by the ‘nice guys’; your Klopps, Tuchels, Guardiolas, Rogers’ and Pochettinos of this world. Inspirational managers – yes, obsessed with fine detail – yes, but not the type of characters to ball and shout, play mind games with other managers, revere themselves as living gods, or be plastered all over the media for highly quotable TV show appearances (or for taking a swing at Roy Keane like Brian Clough reportedly did once).

So I’ll be playing as Brian Clough – generating him as a manager as if he were still with us today. I’ll be matching attributes, characteristics, preferences etc to him as best as I can, but this post is essential a ‘welcome’ to the series, so I’ll outline a few early thoughts on his character and tactical style below, with more in-depth posts to come covering his generated character, tactical designs, and a playing style ‘blueprint’ to take forwards.

Players lose you games, not tactics. There’s so much crap talked about tactics by people who barely know how to win at dominoes.
Brian Clough

I’m a little bit of an idealist, I do believe in fairies, and that is my outlook.
Brian Clough

In 1993, legendary Brian Clough was unable to prevent his Forest side from being relegated (in the inaugural Premier League season) and retired from football management. However, he will get another stab at the job in this FM22 series. Welcome to ‘The Brian Clough Experiment’.

Brian Clough in the Media