At Derby County, Clough had what he would have considered the dream team; Peter Taylor, ever by his side as his Assistant Manager, sounding board and trusty number two. But he was much more than that, Taylor helped him out immensely by scouting players and making tactical suggestions. It wasn’t only Peter Taylor that Clough relied on though. Another major piece of the jigsaw was Jimmy Gordon. Jimmy was primarily a coach and ever reliable fitness trainer, but his personality was one of honesty, which helped keep Clough’s feet on the ground – a voice of reason.

In the same vein I’ve attempted to surround myself with ‘good people’, with similar benefits and attributes. Brought in with fantastic ‘judging player potential’, ‘working with youngsters’ and ‘mental’ coaching attributes, my Peter Taylor is ex-England international, Nicky Butt: 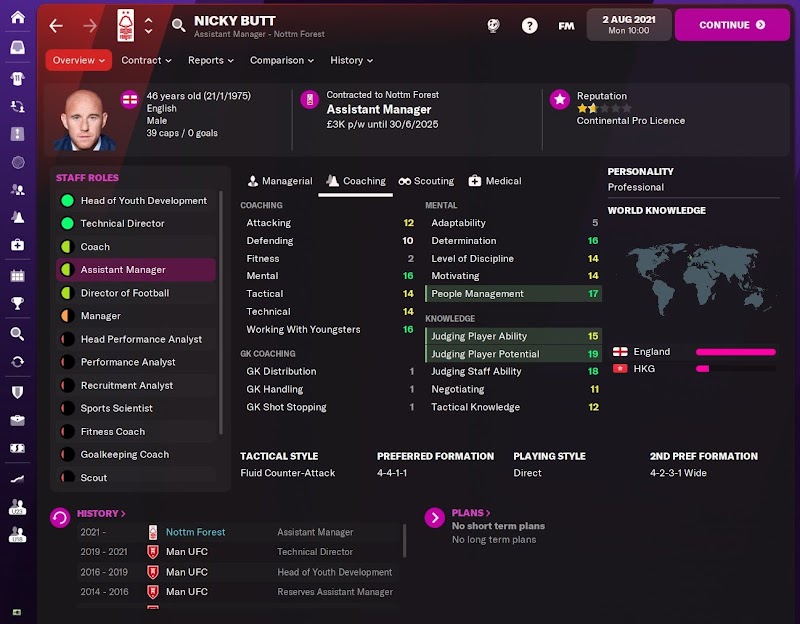 My Jimmy Greaves, who’s also Scottish and crammed full of ‘working with youngsters’ and ‘fitness’ coaching attributes, is Tony Docherty: 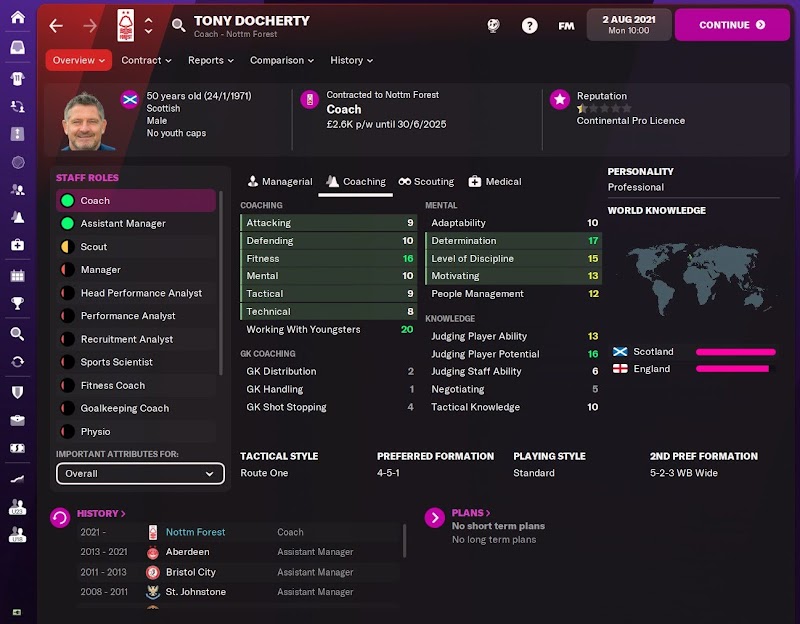 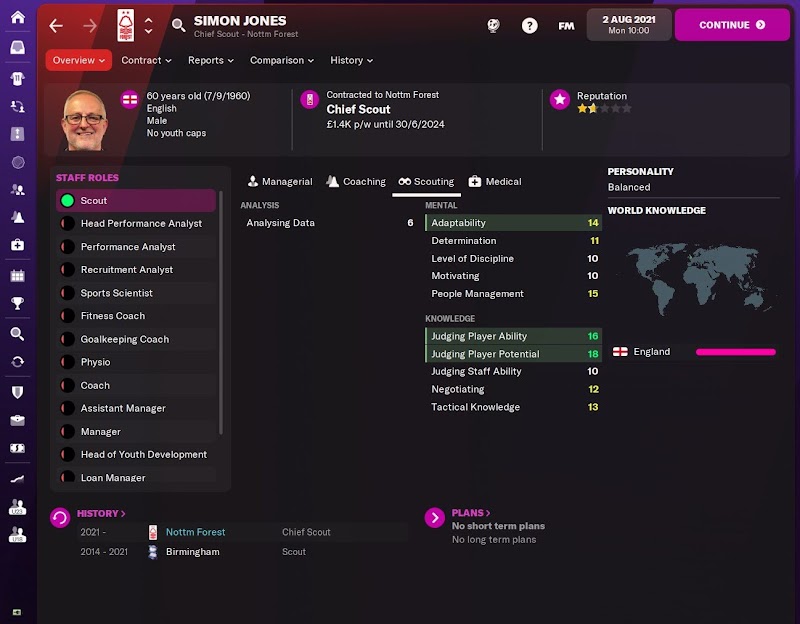 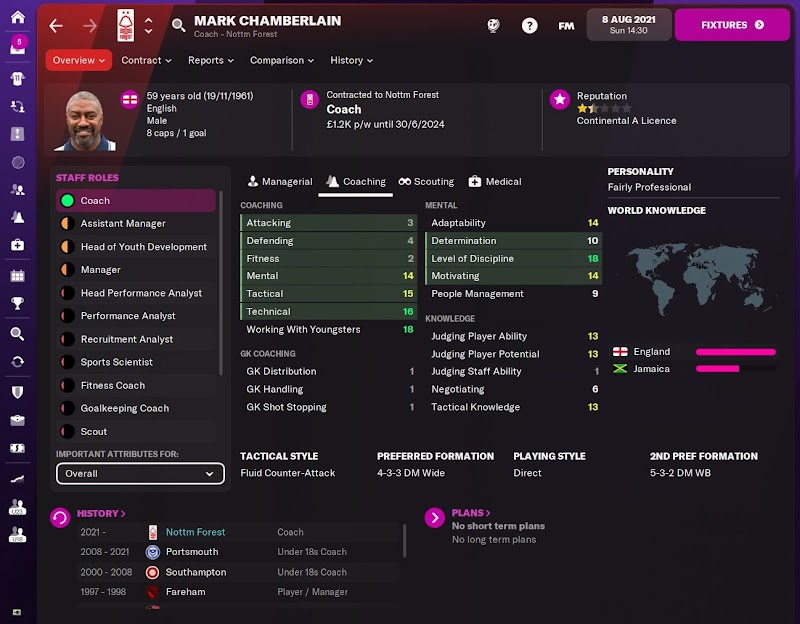 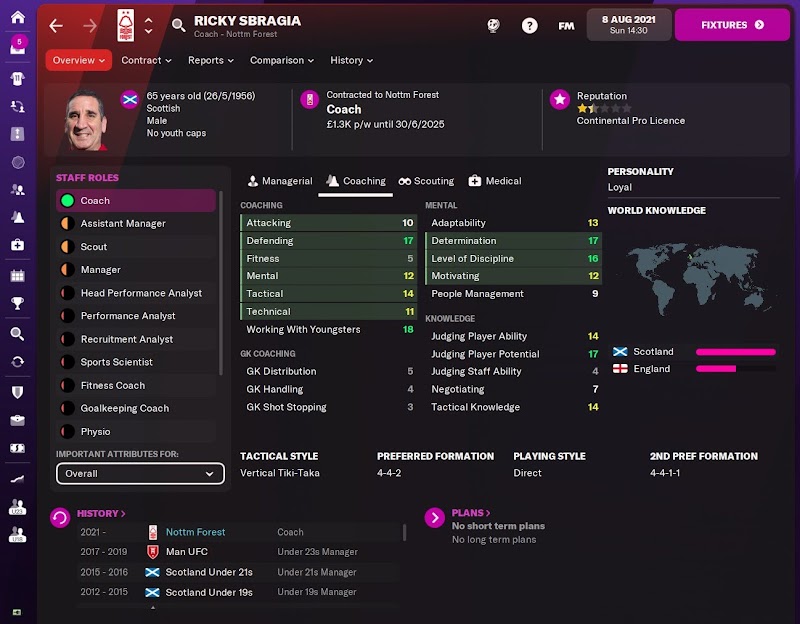 Though I haven’t finished designing our tactics just yet, it’s going to be counter-attack-based, so the aim is to bring in players to suit that style.

Clough relied on the likes of Peter Taylor to help him scout players and so I’ve put my team to work; they’ve been instructed to analyse and scout our next opposition, scout England and Scotland for first team players and players who’s contracts are due to expire, as well as scout the Championship and League 1 for hot prospects, all ongoing.

Budget-wise, we haven’t really got one, so we’ve looked at the loan market and free transfers. Transfer number one was a loan deal for the very exciting Adam Idah, a striker with great strength and pace (ideal for counter attacking football): 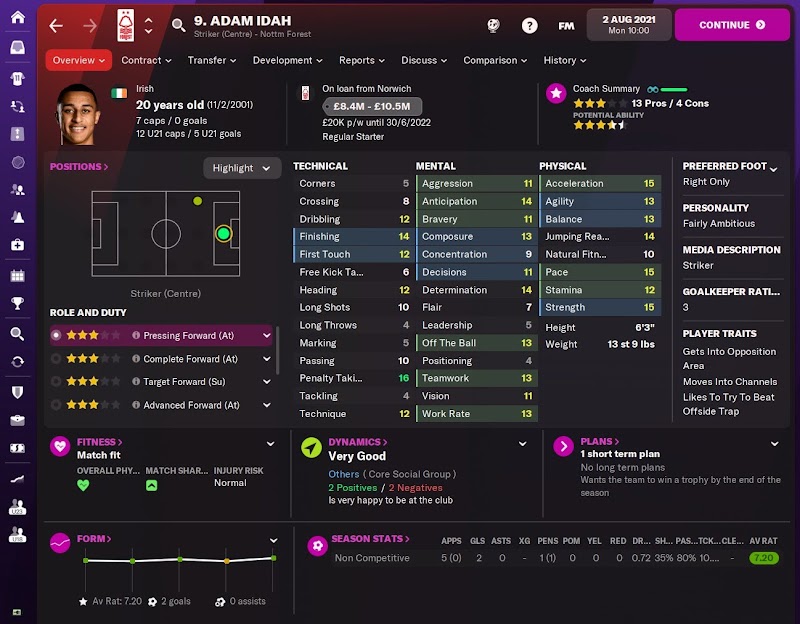 Signing number two is more of a risk; Jack Wilshire on a free transfer. I genuinely think Wilshire is the type of player Clough would have been really excited by. A talented lad with great ability to move the ball up the pitch quickly, and that’s why I’ve brought him in. If it doesn’t work, he’ll have only cost us in wages: 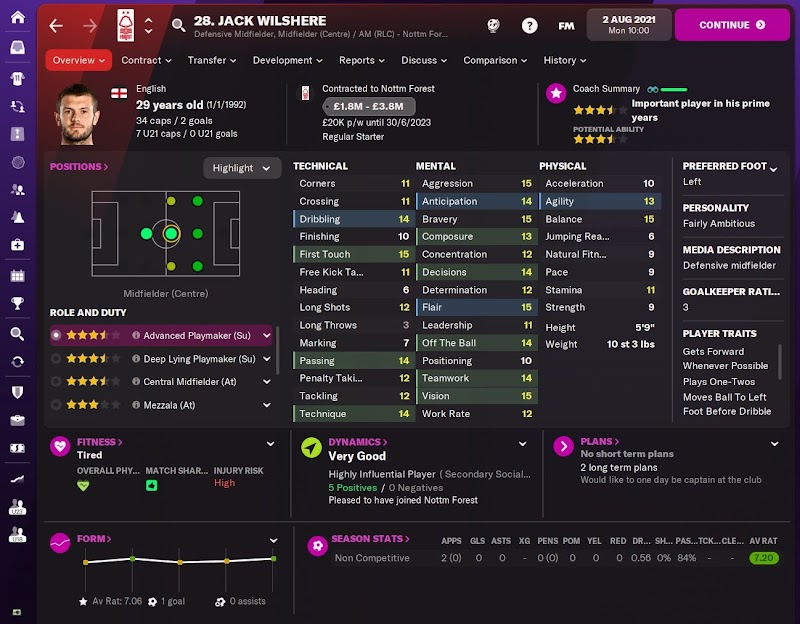 Transfer number three is purely for cover, as we’re short at left-back. In comes young wing-back Dominic Thompson on loan from Brentford: 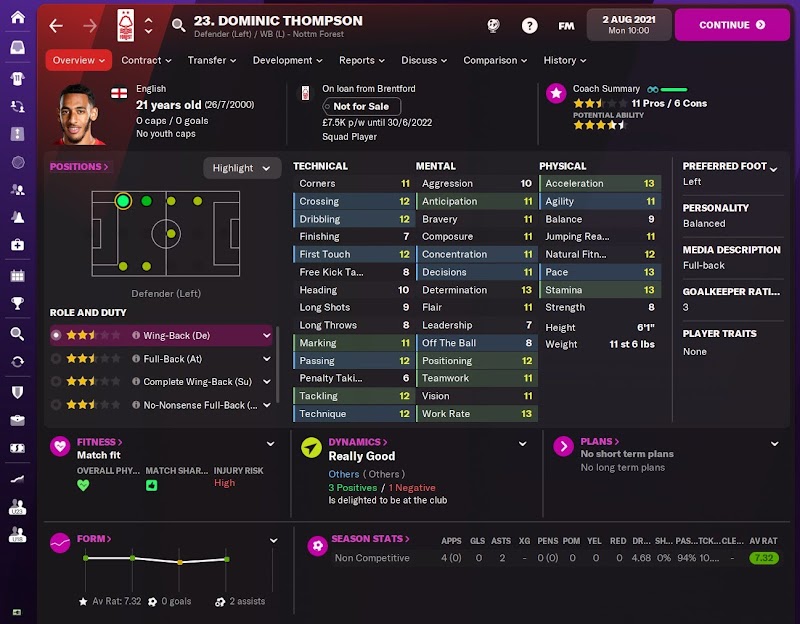