Born on the 21st of March 1935, Brian Clough would have been 86 years old at the time of writing this article. You can’t create a manager as old as that on FM22, so my first obstacle required a little maths. I decided to create him at the same age he was when he took over Nottingham Forest on the 6th of January 1975, when he replaced Allan Brown. A few calculations later and his new date of birth is the 21st March 1982, making him 39 at the start of his managerial prime and the beginning of the series. 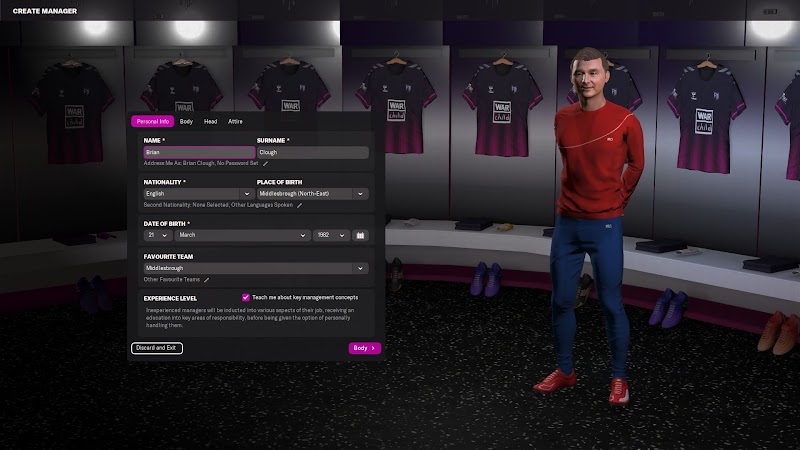 Next up, his managerial style and attributes. Brian Clough liked to be in control; he’d lace his boots up to join the players on the training ground, making him more of a ‘tracksuit manager’ in FM terms. Very much a man of action, his management style focus is ‘motivator’, and I’ve made that his stand out attribute; 20 for motivation. Clough once said he’d love to manage the England youth players, so he gets 15 for ‘working with youngsters’, matching his numbers for ‘mental’, ‘determination’ and ‘people management’. In hindsight, I wish I’d upped his ‘level of discipline’ a little more. Oh well.

His past playing experience is international of course, having won 2 caps for England. 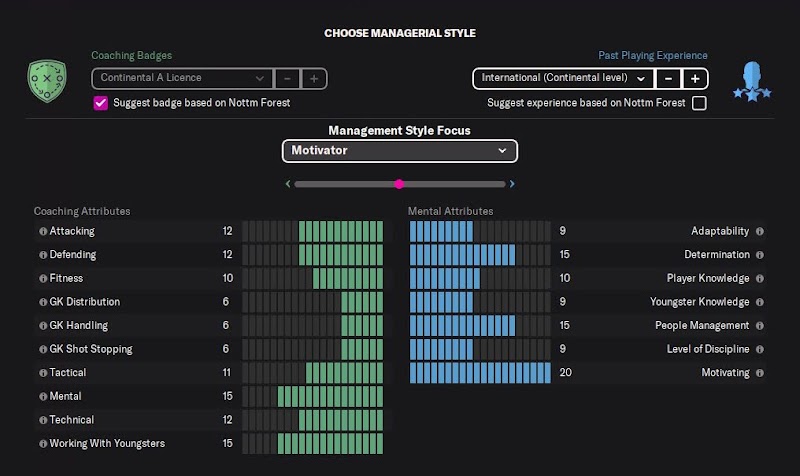 Clough’s ongoing spat with then Leeds United manager, Don Revie, was highly renowned. I’ll be aiming to develop a similar feud with a fellow Championship manger. Leeds were the best team in the league during Clough’s tenure at Derby, when the rivalry first began. Similarly, I’ve picked out the league favourites, Bournemouth, making Scott Parker my chosen nemesis. Also a determined character and ex-international, Parker is a reserved character with a professional personality. It’ll be a good challenge to try and wind him up with some mind games. Currently, his relationship with me (Brian Clough) is good. We’ll be changing that very soon. 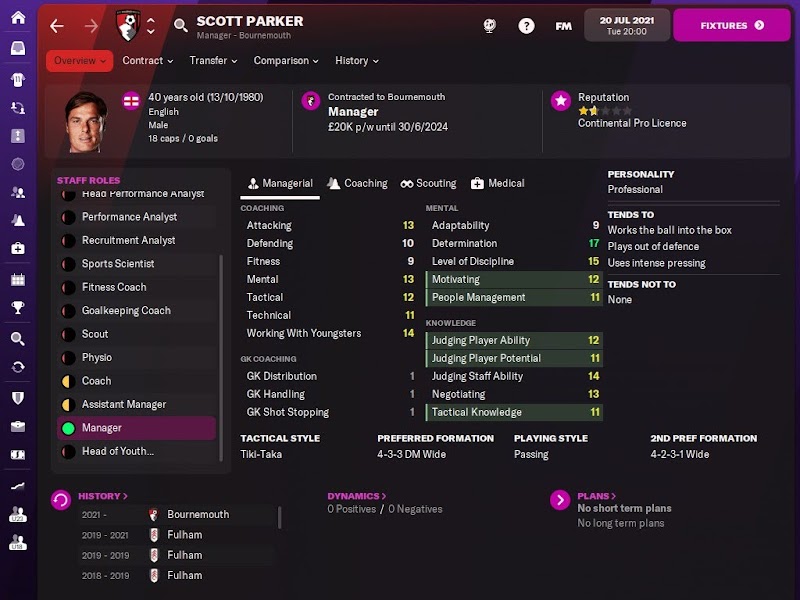 Scott Parker. Can he keep his cool?

And so the series begins in typical Clough fashion, with a packed conference room and a rather candid chat with the media:

Brian Clough felt the full glare of the media spotlight as he faced a packed press conference. BBC Radio Nottingham’s Millie Wood asked: “What does it feel like to be the new Nottingham Forest manager?” Clough endeared himself to the room with a warm smile before saying: 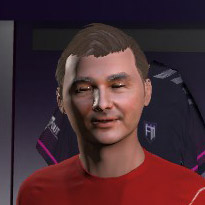 I think the overwhelming emotion is excitement; I can’t wait to get started. I only know one way to work and that’s to be the best. If we’re not trying to be the best, we’re wasting our time. I expect a certain standard of hard work from everyone, it’s non-negotiable as far as I’m concerned.

Next up, we’ll be assessing the squad and staff, before moving on to our tactical approach.