Elektro is a big town with great looting potential but also a lot of infected, I needed to find a safer R&R spot on the outskirts. After locating a second water fountain on the western outskirts of Elektro, surrounded by orchards, I decided to carry my canopy over there and set up camp. The canopy was heavy, and took some time to safely transport. I was ambushed by a few infected just outside the fire station (including a couple of firefighters!) and had to give my sledgehammer a few swings, but other than that, the journey was fairly straightforward. It’s a great spot – well away from infected, with both food and water in close proximity.

See my general route plotted out on the map below:

With the canopy up I went on a looting expedition and got cornered by another infected in a barn (stuck in a crouch position, I couldn’t swing my melee weapon) – he managed to inflict some damaged before I put him down, but fortunately, I had some bandages handy to stop the bleeding.

I finished the day off by building a fireplace to warm my cockles. 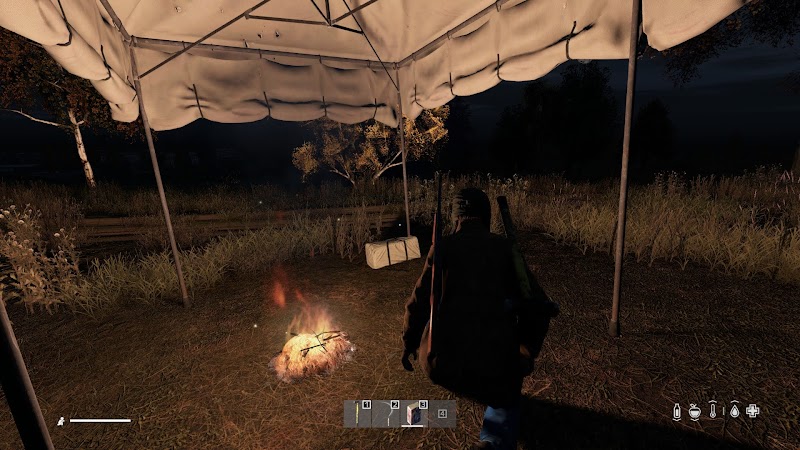